Curious about the conditional cash transfer (CCT) run by the DSWD, I asked my longtime manicurist, Belen Aguila, how it works in her neighborhood in Pasig. She reported an eyeful.

Belen herself doesn’t qualify because she earns from her manicuring and her eldest child, a tourism graduate, is employed by a Japanese firm. But her poorer neighbors who are beneficiaries of the CCT, also known as the “Pantawid ng Pamilyang Pilipino Program” (or simply Four-Ps or “PorPs” as the humbler folk would say it) are supposed to get P500 per mother (or father, if the mother is away or gone) and P300 for each child-student, for a maximum of P1,400; but in reality, says Belen, it’s always several hundred pesos less and worse, the Four-Ps is always late, at times by as much as three months (are DSWD personnel playing the huge amounts in the money market?).
XXX
Belen also says news reports are correct about beneficiaries running to the loan sharks to pawn their Four-P’s when these are delayed; the loan sharks bite off 10 to 20 percent of the CCT received---so that with the cut also from unscrupulous DSWD personnel, it’s kaltas left and right; but the poor folks can’t complain as they are afraid of being stricken off the list.  Media have also reported that sale of liquor has gone up in poorer neighborhoods and this is quite likely, since about 30 percent of CCT beneficiaries are husbands, or they may simply help themselves to funds received by their wives.
XXX
The CCT or Four-P’s run by the DSWD under Secretary Dinky Soliman is encountering heavy opposition in Congress right now, as legislators from various political persuasions are quite skeptical about real benefits to be derived.
The P10 billion CCT was begun by the Arroyo administration in the last two years of that era, targeting to benefit a million poorest of the poor families. Listing  of these families was undertaken by trained DSWD personnel under Secretary Esperanza Cabral, but informed sources told this blogger that after the P5 billion mark was reached, the GMA administration began to encounter monitoring difficulties on the ground---so that the other P5 billion was not much utilized in the Treasury.


Along came the P-Noy administration which not only rushed the listing of more and more beneficiaries in the next weeks and months, it also caused the CCT to balloon to P23 billion in 2011, supposedly to benefit some 2.3 million families. Recall that in the new 15th Congress, Pampanga Rep. Gloria Arroyo stood up to question the veracity of the DSWD's super-speed listing method, and warned of wastage in the distribution of the ballooning CCT funds. She particularly  questioned the huge operating costs of DSWD for the CCT---something she knew only too well, having been DSWD Secretary before.


GMA's warnings went unheeded, for in the budget for 2012, the DSWD has become even more emboldened and is now asking for P39.8 billion---some reports even quote as much as P47 billion---to target 3.5 million families. Soliman testified in Congress that the CCT's ambitious goal is to cover about 5.2 million at a staggering cost of about P306 billion, up to 2015 when it hopes to exit the CCT. 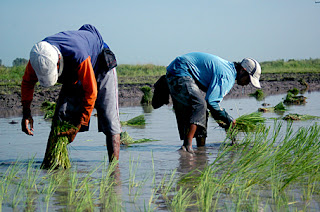 Critics have thrown in many arguments against the CCT's goal of reducing poverty among the poorest of the poor. I, for one, fear there's so much room for manipulation of funds by the politicians (in many places DSWD people rely on the lists drawn up by barangay officials). There is also little way of verifying how much of these funds is actually doled out and how much is stolen by program handlers, or whether these are properly used to benefit mothers and children of school age.

Moreover, this administration seems to be too in a hurry to “reduce” the poverty but as the adage goes, haste could really make waste. For instance, party-list Rep. Sharon Garin recently urged her House colleagues not to allow the expansion of the CCT program next year because the government is NOT PREPARED for it.


She noted that its success is dependent on keeping children in school, but quoting DepEd statistics, Garin also cited the NATIONWIDE shortage of 152,569 classrooms, school seats in primary and high schools of 13.22 million, 95.55 million textbooks, 151,084 toilets---and 103,599 teachers to ease the 1:45 teacher-student ratio. Media have shown pupils holding school under the trees in sun and rain in the poorer provinces.

The good question is, why is this administration rushing to double and treble the CCT funds when corresponding resources and infrastructure are not available? Rep. Garin  cited actual DepED needs for funds to accomodate the planned CCT expansion: P17 billion to hire extra teachers; P12.82 billion for extra school seats; P10 billion for new toilets; P5.26 billion for extra textbooks and  P104 billion to build more classrooms.


Already, other executive departments and agencies are complaining of crippling belt-tightening because of fund diversion to the CCT. For instance, Tesda and the various state universities have been demonstrating against huge cuts in their budgets; the same has also affected the DPWH infrastructure program, so that nothing much moves in the countryside today.


Legislators from other political parties assert that the dole-out program has to exit way before the 2016 presidential elections so as not to allow the LPs to use it for campaigning.
But to my mind that seems the central aim of the LP---control.

Briones said she does not believe that the massive dole-out program being conducted by the Aquino administration is the most sensible strategy against poverty. She notes that politicians like to point to the success of the CCT program of Brazil, which helped get  socialist PM Lula da Silva elected;  but she also stressed that Brazil's program was accompanied by a massive job-creation campaign, which we don’t have here. Stressing that THERE'S NO SUBSTITUTE FOR JOBS, Briones emphasized the need for an exit program for CCT---"Kalian ba tayo makakatawid---ang tuwid na tawid?”


Briones also deplored that the CCT heightens the more negative aspects of our culture, such as the inevitable inggitan and sumbungan between the recipients and those kept out of the list. Indeed it's easy to see the simmering of  more discontent in our poorer areas with CCT. Media have also reported the desire of some poor folk to abandon seeking a living and just await CCT funds. Briones agrees, noting that CCT encourages a dole-out mentality instead of self-reliance and industriousness.


(Next: Briones’ apprehensions about serious problems in the health sector that are being affected by the CCT).
﻿
For comments/reactions: pls email:
polbits@yahoo.com
Posted by Veteran Journalist and Relentless Advocate of Truth at 8:25 PM