P-Noy uses pork to whip his followers into line, in the best trapo tradition 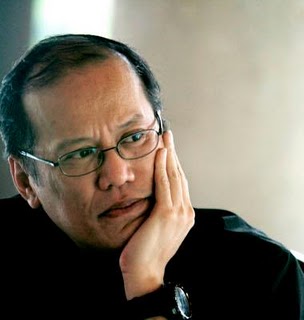 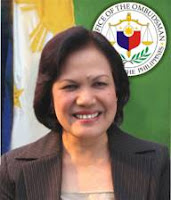 Recall that on the eve of the voting on the fate of Ombudsman Merceditas Gutierrez in the House Committee on Justice, it was widely rumored that the Palace will withhold pork barrel releases to those who did not obey its certified directive to impeach her. The story by excellent journalist Christine Herrera said that 14 of the 30-member minority have yet to receive their pork as they voted negative both on the impeachment of Gutierrez and the postponement of the elections in ARMM, so crucial to the administration’s control of that region.

The Herrera story said a total of 17 representatives got zero pork, while those who voted negative on either of the two issues received only half a year’s pork.  One of those who got zero pork was Navotas Rep.Toby Tiangco who voted no to both issues, whereas, the 81-member LP and their allies who voted a solid yes to both got their full pork.
As P-Noy’s State of the Nation Address this Monday is eagerly awaited, so are the pork releases. The popular question nowadays in the corridors of the House is, “Wala pa bang tawag mula sa Malacanang.”
XXX
One of the items that have become guessing game in the SONA is P-Noy’s marching order on the RH bill---is he going to go easy on it, thus signaling its continued relegation to the backburner, or is he going to trumpet the clarion call to calendar it right away.  For House members, how this issue will be handled in the SONA may presage the fate of pork barrel releases to those who have had none so far, or the rest of it for those who got only half a year's allocation. They’re all watching and waiting. 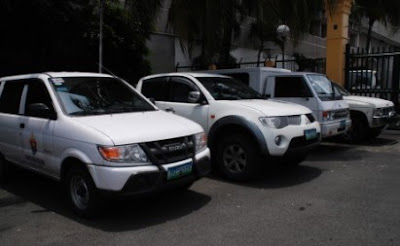 But if P-Noy were more attuned to realpolitik, he would avoid a head-on confrontation at the moment with the bishops who were truly hurt by the PCSO accusations about their “Pajeros”--- which turned out to be even second-hand vehicles in some cases. As an observer put it, if he plays hard ball on the RH issue, this would probably be read as a declaration of war on the bishops---in which case P-Noy may be on the losing end.  For after that infamous shaming session at the Senate, courtesy of Margie Juico, the bishops became united as never before in the local church’s history.  The popular belief is that they were subjected to humiliation in order to weaken their position on the RH bill, and this has galvanized prelates and flock to fight it even more.
XXX
I have long argued on this issue of the RH bill that the Philippines is not “over-populated”---it’s our cities that are bursting at the seams, and this is due to the absence of gainful opportunities for employment in the rural countryside.  I have seen this reality in 28 years of going around as a journalist, as well as with my late husband in his 36 years in active military service and in the SSS later---one could drive through various regions for long stretches without seeing a substantial cluster of people. Where is the "over-population?" I would muse.

But recently, I confirmed this belief in the interview Cecile Alvarez and I had with the multi-awarded Director-General of the Philippine Export Zone Authority (PEZA), Lilia de Lima (catch it tomorrow night, Sunday, at 8 pm. on dzRH, if you want or need a feel-good session), and again at the Ateneo University’s special academic convocation last Thursday, where she received the coveted government service award. 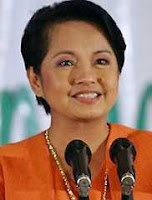 De Lima (who’s often asked how she’s related to the “other De Lima---Leila,” likes to say she’s the “original De Lima” and her niece is the “upgraded version”) was recently also voted “Man of the Year” by the Management Association of the Philippines---the first woman to receive this honor from this male bastion. Appointed by President Fidel Ramos as the first “D-G”  (in true military tradition, FVR simply calls her “General”) of the newly created PEZA in 1995, following the enactment of the PEZA law sponsored principally by then Sen. Gloria Macapagal Arroyo, Lilia was subsequently re-appointed by President Erap, twice by President Macapagal Arroyo and now by President Noynoy Aquino. The only official in government to enjoy such sweeping trust from four Presidents, De Lima has anchored her reputation on "absolute honesty and integrity" which has also been inculcated in her nearly 500-member work force.

Over the last 16 years that De Lima has led PEZA, it has established 246 economic zones that included 152 IT Parks, 13 Agro-Industrial Parks and a number of Tourism Economic Zones and, Medical Tourism Zones. All told, there are some 2,479 multinational and some Filipino companies in those eco-zones, that account for 80 percent of our total exports and 87 percent of our manufactures (which include the “cerbo-mechanism,” the most sensitive part of the Airbuses and Boeings, manufactured in the Baguio eco-zone,  and 50 to 60 percent of all cell-phone chips in the world). 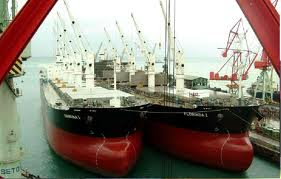 Take the West Cebu Industrial Park in Balamban, Cebu, which hosts the Tuneishi Heavy Industries Cebu that makes huge freight ships in partnership with the Aboitiz Group. Once Balamban was a sleepy 6th class municipality, but today it hosts the third-largest shipbuilder in Asia and this has triggered many allied industries as well. Balamban has grown by leaps and bounds and townsfolk who had left earlier to find better jobs in other parts of Cebu have returned. On the other hand, in IT Parks around the country, middle and high-end subdivisions have mushroomed that cater to young and well-paid IT workers.
XXX

I studied the Philippine map where PEZA’s 246 eco-zones are located and it’s no coincidence that these are in the most developed areas of the country---the heaviest concentration in the NCR and Southern Luzon areas, with a few in Bulacan, La Union and Cebu, and a smattering in Bukidnon, Davao, Tarlac, Camarines and the Negroses.
If only there were eco-zones in Mindoro, Quezon and the Visayas such as the big islands of Panay and Samar as well as in all of Mindanao, especially the ARMM area,  and in the Bicol area, poverty would be greatly alleviated and people won’t have to flock to Metro Manila.
Indeed, if there were more eco-zones in the poorer provinces, the current 1.9 percent population growth rate would go down further WITHOUT ANY NEED to pass this RH bill that has so badly divided our people. For with economic development they WOULD CEASE TO BE MERE BABY FACTORIES, as slum families often are. Instead, they would be WORKING IN FACTORIES to raise their families in decent standards as God wants them to do.
XXX 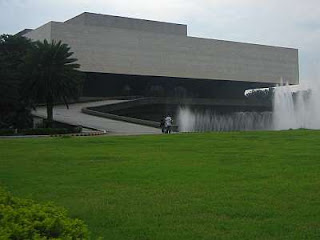 Like other citizens I am shocked at the exhibit put up by a Filipino artist on the third floor of the Cultural Center of the Philippines, where he liberally adorned statues of Jesus Christ and a cross with used condoms, and a painted the face of Christ with a Mickey Mouse mask and a penis for a nose. Being a UP graduate, I am quite tolerant of “artistic expression,” and should the artist have exhibited his works in a private gallery, I would consider it perfectly within his right.  But the venue was the CCP, which is operated with taxpayers’ money and its officials should have been more sensitive to the sensibilities of a segment of the population that would be shocked and offended by the exhibit displays. CCP officials led by Chair Emily Abrera better have a good explanation as to why this was allowed. 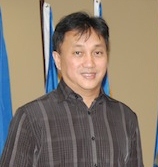 Had the exhibit been offensive to Muslim sensibility I would have protested just as vigorously--- even as I praise, in contrast, MMDA Chair Francis Tolentino for authorizing the removal of the offensive series of billboards in the Guadalupe Bridge area, at the initiative of Mandaluyong Mayor Ben-Hur Abalos, that showed a successive hunk of male bodies clad only in the briefest of briefs. To begin with, Bench Corporation, which is supposed to be selling clothes, loves to just display, not clothes, but an abundance of flesh all the time, often in a series of very suggestive poses;  but the briefs ad was poorest in taste, making the city look like a gigantic PlayGirl magazine.

For comments/reactions, pls. email
polbits@yahoo.com
Posted by Veteran Journalist and Relentless Advocate of Truth at 9:06 AM