Bishops got three pick-ups, two of them second-hand, a Hi-ace Grandia not even top of the line, and a Montero; what was Guingona doing at PCSO office? 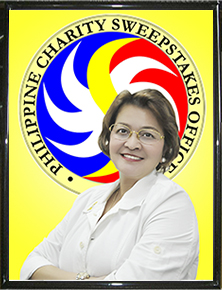 As this blog asserted earlier, PCSO Chair Margie Juico has gone berserk, especially toward the bishops. She asserted a few days ago in the media that the old PCSO board in the GMA era had donated Pajeros to six bishops because that was what she was told. She failed to verify the facts and the label stuck; now the prelates are being derided as the “Pajero Bishops.” But what is the truth about the vehicles donated by PCSO?
Here it is:  Bontoc Lagawe Bishop Rodolfo Beltran received a Nissan Pathfinder 4X4 pick-up that’s easily ten years old (that brand ceased production in the late 1990s);  Abra Bishop Leopold Jaucian got a Mitsubishi Strada 4X4 pick-up worth P1.1million, not a luxury vehicle; Basilan Bishop Martin Jumoad got a 2009 Strada 4X4 pick-up worth P1.225 million; Zamboanga bishop Romulo Valles got a Toyota Hi Ace Grandia worth P1.5 million, but this is not Toyota’s top of the line (which is the Super-Grandia); while  Ilocos Bishop Ernesto Salgado received a second-hand Isuzu Crosswind worth P720,000, an Asian Utility Vehicle, not an SUV.  As car-afficionados point out, the Isuzu is the most practical vehicle to have in the boondocks, as it’s fuel-thrifty and high enough to withstand floods.
In fact, common to many of these PCSO donations to the six bishops is that they are 4-wheel drive vehicles suited to the rough hinterlands terrain the prelates serve in---not luxury cars.
XXX

Perhaps the “most luxurious” is the PCSO vehicle donated to Butuan Bishop Juan de Dios Pueblos, a Montero, which is indeed an SUV but not anywhere in the league of the Pajero; the Montero was, at that time, the cheapest of the Mitsubishi 4X4 vehicles. It is unfortunate, however, that Bishop Pueblos had to write to former President Macapagal Arroyo for the “gift” of a brand new vehicle for his 66th birthday in 2009--- as his letter stated, “possibly a 4X4” to replace his seven-year old car that kept stalling, and which he can use in his “spiritual and social services programs” and “to promote peace in Mindanao.”
In asking this “gift” from GMA, Pueblos was being very Pinoy (don’t we keep hearing the common expression, “Sige na, i-brithday mo na lang sa akin ito" or "i-Christmas mo na lang sa akin?”). In so doing, however, he gave the severe critics of the bishops and the Church ammo for their attacks, never mind if the accusation of “luxury vehicles” was not quite accurate for the rest. I read that Bishop Pueblos is willing to return the vehicle "if asked." But why wait to be asked, Bishop?


By the way, Archbishop Orlando Quevedo of Cotabato has flatly denied having received a Pajero from PCSO; he clarified that the two vehicles used by his diocese for its social programs for the poor and the indigenous peoples were donations by a diocese in Germany.  Yet his name keeps appearing in the list of recipients. May naglalabo talaga ng retrato.


I’m sure Bishop Pueblos has suffered much already since Juico unleashed the 'scandal' and he'll suffer some more. But this is a painful reminder to Their Graces that they will have to practice more Christian detachment from the things of this world. Let’s pray for this grace for them.
But it is also evident that the PCSO under Margie Juico was being very catty and untrue in its accusations about the vehicles---and that she was quite  careless with her facts. Because of this, one can’t blame people for thinking that the objective of this story's release is to punish the bishops for their stand on a number of issues such as the RH bill, and their collective refusal years back to call outright for GMA to step down (while most of the bishops were very critical of GMA in those years, they doubtless also believed that the ensuing vacuum would cause greater harm because of the chaos it would spawn). 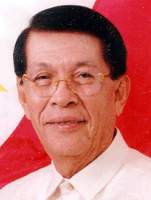 Senate President Juan Ponce Enrile apparently sensed the effort to canalize this morning’s Senate Blue Ribbon committee hearing to the detriment of the bishops; he urged former PCSO GM Rosario Uriarte to tell the committee whether other religious sects or denominations had profited from PCSO’s donations, “so this whole issue could be cleared up.”
Uriarte readily admitted to PCSO's having helped other religious groups as well as NGOs, but committee chair Sen. Teofisto Guingona III didn’t seem too interested to know the other groups. Like PCSO current chair Juico and her sidekick, director Aleta Tolentino (who herself is reportedly facing estafa charges in connection with a pre-need company that had collapsed) Guingona seemed to want to focus only on the bishops.
XXX
A number of things struck me at the Senate Blue Ribbon hearing this morning. One, the unsurprising fact that the PCSO has been the cash cow of various presidents, because of the gargantuan sums it handles but also with so much discretion in disbursements. Thus, the PCSO board in various eras has been subjected to such enormous temptation to finagle the funds, so that the bugging question is, what would make this current board exceptional?


The Senate hearings showed how former PCSO GM Uriarte practically single-handedly managed many hundred million pesos in funds, including intelligence funds that, as Senate Chief Enrile pointed out, were bigger than those of the AFP. On the other hand, the current PCSO administration is just a year old and yet there are already so many reports about it allegedly making oodles in advertising kickbacks and spending so much funds in the transfer from Quezon Institute to the PICC and in public relations.
What was obvious was the lack of embedded control of these gargantuan funds in the past administration, which doubtless would continue in the Juico/Rojas board, unless Congress can install some reforms and safeguards in the PCSO Charter.  But is Congress in the right frame of mind to install structural safeguards, given that the senators each just assigned additional P70 million to themselves, on top of their individual P200 million pork barrel?
Would Malacanang be able to install reforms, given its KKK proclivity so early in the game?
XXX 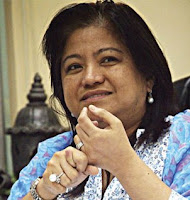 The senators gave former PCSO GM Uriarte the third-degree treatment on the intelligence funds and I thought that at one point she would break down from all the bamboozling from Enrile and Sen. Panfilo Lacson, and the crumbling of her testimony and her credibility. But she did not---instead she just went on in her simple style of narration, seemingly unaware of the plunder case she could face in court, and with the senators wanting to wring her neck in frustration over her evasive answers. Outside the hearing senators articulated the gnawing suspicion that some of those funds went in aid of GMA's candidates in the last elections.
Toward the end of her cross-examination, however, Uriarte suddenly startled the senators when she casually mentioned how those intel funds had come to the rescue of the past administration as “blood money” in at least four episodes involving OFWs about to be hanged in the Middle East. She said the intel funds proved handy when fast-breaking rescues called for big amounts, which she turned over to DFA Undersecretary for Migrant Affairs Esteban Conejos.
XXX 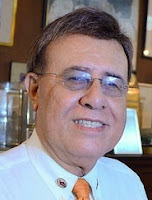 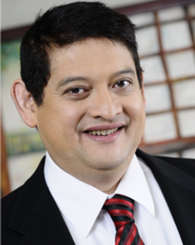 The report circulated yesterday that Blue Ribbon chair Guingona had gone to the PCSO office earlier to confer with its officials, which was quite unethical and irregular. At first it  was roundly denied by PCSO officials, but apparently some insiders had leaked the news. At Dong Puno’s TV show tonight, PCSO director Francisco Joaquin III was forced to admit the truth  to Morato---Guingona had conferred with Juico's board in the PCSO premises! 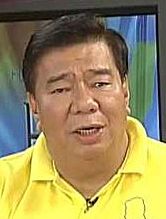 It was obvious that this board fed the LP senators all the information they needed to nail down Uriarte and her board. Under normal circumstances the witnesses would be presenting facts and data; but in this morning’s hearing Senators Guingona and  Franklin Drilon made all the elaborate slide and power-point presentations, stopping only every so often to get confirmation from the current board. They became the mouthpieces of the  Juico board, making the entire morning a moro-moro.


All the more Morato's complaint that the new PCSO board refuses to let them have access to their old board's documents became credible.
The LP ruling clique is truly obsessed with nailing down GMA in whatever way it can and there is so much naked partisanship in the Senate. What's happening to this country?
Posted by Veteran Journalist and Relentless Advocate of Truth at 8:34 AM