From all indications, it’s all systems go for the signing tomorrow, June 30, by President Aquino of RA 10153, the law which postpones the elections in the Autonomous Region of Muslim Mindanao (ARMM) in order to synchronize them with the 2013 mid-term national and local elections. One is tempted to say that this is a non-event, for there have been postponements before; besides, it involves far-away ARMM. But on closer inspection, this event carries a lot of weight and political implications reaching perhaps into the next two decades.

This is the case as a group of politicians, various citizens’ groups and individuals plan to challenge the constitutionality of the postponement before the Supreme Court even as the ink has barely dried on P-Noy’s signature.
XXX
The ostensible reason for postponement of the ARMM elections is so that reforms can be installed in this volatile region in the next two years. And to dramatize this goal, ambassadors from various countries especially in the Middle East have been invited to witness the Malacanang signing of RA 10153. The irony was not lost, however, on Sen. Edgardo Angara, who pointed out during the Senate debates and more recently in his Business Mirror column, that the youths of the ME are agitating to dismantle the structures of dictatorship in various countries there, whereas the P-Noy government  may be alienating the Muslim youths in ARMM by tinkering with the autonomy of the region. Were the ME ambassadors duly impressed with the Palace event?

But the bigger picture is the power-play among the various political parties in this most sensitive area---the ARMM---where presidential and senatorial candidates traditionally are made to win, or are cheated or junked for the money of it. Minority Leader Edcel Lagman of the 30-member Lakas-Kampi in the House (a much-decimated political party now) is poised to file the first case challenging the constitutionality of the ARMM postponement law;  but it would doubtless be two other political parties certain to be involved in the coming two elections in 2013 and 2016 in a major way, that will be watched in this ARMM controversy. 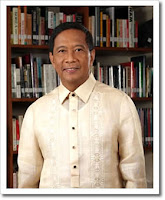 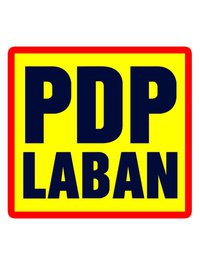 Aside from Lagman's Lakas group, the PDP-Laban will file opposition to the postponement in the SC, with no less than former Sen. Aquilino Pimentel, the author of the Local Government Code, to argue its case; but various would-be candidates in the cancelled Aug. 8, 2011 elections, most notably the President’s aunt, Margarita “Tingting” Cojuangco, as well as former politicians of the region such as former Gov. Almarin Tillah of Sulu, are also signing as oppositors. On the other hand, various citizens’ groups such as Tanggulang Demokrasya (TanDem) are issuing statements in the media in protest against the unconstitutionality of the ARMM postponement.

Cast against the opposing groups, the main proponent of postponement is the President himself, aided by his allies in both chambers of Congress, which handily passed RA 10153 even without a bicameral conference committee to reconcile the differences in their two versions. One major difference was that the House version would not allow interim officials appointed by P-Noy to run in 2013, as their appointment would obviously give them undue advantage over other candidates in 2013 (bravo to the House for seeing this point); the Senate version, however, struck this House provision out. Need we argue more about LP power-building?.

P-Noy threw the support of his entire administration to this effort, and big considerations were said to have been involved in getting ARMM key leaders to swing from initial noisy protest to outright support.
XXX
Given the PDP-Laban’s ideological bent, it doubtless would have questioned the ARMM election postponement even without the implications of 2016 looming in the political horizon. This party, dominated by the long shadow of Nene Pimentel, had pushed for the passage of the ARMM Organic Act in the mid-90s and it views the election postponement as a grave curtailment of the autonomy enshrined in that Act---a decision imposed on the Muslim populace by Imperial Manila again. Stalwarts from various parties, such as House Minority Leader Lagman have also opined that amending an Organic Act without the requisite 2/3 vote of both chambers, voting separately, and a plebiscite is unconstitutional.
Moreover, PDP-Laban has consistently batted for federalism in various debates on charter change as a solution to the festering separatism movement in the South. And the bedrock of federalism is autonomy. 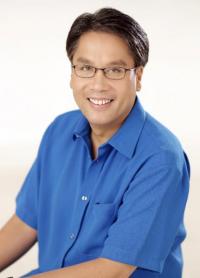 But the dramatic sudden shift of VP Binay from a prominent political leader of the metropolis to a key national figure has given added impetus to the PDP-Laban's advocacy against postponement, for a very good reason---it has to counter-balance the LP’s power-building and drive toward 2016, now that it has a national leader with a reasonable chance of giving stiff competition to the LP’s key bet for 2016, Mar Roxas.
XXX
The LP is vigorously party-building specially in Mindanao where it had virtually no presence in 2010 (it was  the PDP-Laban as well as Lakas turncoats, now referred to with snickers within the LP as “Lakas Parin,” who saw the potential strength of Cory’s and Ninoy’s son, despite his scant personal political capital, and they made him win in Mindanao). The obvious goal now, after successfully getting Noynoy Aquino elected, is to get Mar Roxas to succeed him and retain Malacanang for the grand LP recherché du temps perdu.
It will be recalled that the LP was divided in the last presidential elections, with a big chunk (reportedly including some Aquino relations) conniving with shrewd vice-presidential candidate Binay to drop Mar in return for Binay's support for Noynoy. It was common knowledge that Binay abandoned Erap, but in the thinking of a number of political pundits, such connivance could not have taken place without the knowledge of Noynoy. So there’s an immense guilt toward Mar Roxas that the party has to assuage and this can be done by ensuring his victory in 2016.

PDP-Laban strategists doubtless realize the importance of dominance in the ARMM only too well; hence its lawsuit in the SC. As a party stalwart put it, “We have to show support for our candidates in the various provinces of ARMM who had prepared to run, until the elections were postponed.” The term of ELECTED ARMM officials will end this Sept. 30 and the administration intends to APPOINT around 50 interim officials to fill the vacancies, beginning with former Anak Mindanao Partylist Rep. Mujiv Hataman who will serve as ARMM governor. But as noted above, the Senate version of RA 10153 allows these LP-appointed officials to run for office in the 2013 elections, to the great disadvantage of their political rivals. It's easy to see that this immoral situation would create a lot of political discord in ARMM, defeating the intended "reforms."

Doubtless, in the minds of the PDP Laban, Lakas and other political parties, if they don't go to court to block the LP-sponsored postponement of the elections there, it would be like Sugar Shane winning by default because Manny Pacquiao didn’t show up at Las Vegas.
The suit by Lakas and soon by PDP Laban and other groups before the SC should be decided on its merits according to the Constitution and the existing body of jurisprudence. However the Court decides it, challenging the legality of RA 10153 is healthy;  but the political considerations will play as significant a role because the very future of the presidency would be at stake.
For comments/reactions, pls. email
polbits@yahoo.com
Posted by Veteran Journalist and Relentless Advocate of Truth at 8:54 PM