Migs Zubiri comes into his own; Angara worries for Mindanao’s youths in the light of the ‘Arab Spring’

The vacancy created by the sudden resignation of Transportation Secretary Jose “Ping” De Jesus has proved a blessing for P-Noy, as  it gave him the golden opportunity to appoint his running-mate Mar Roxas in Ping’s old job. This got Mar out of the direct typhoon path of Executive Secretary Jojo Ochoa, undoubtedly the most influential official in the Palace today. Ochoa shrewdly spelled out the job taskings in the Palace that didn’t factor in Roxas, at that time P-Noy’s incoming Chief of Staff.  That snake pit would have been too crowded with the two of them there. 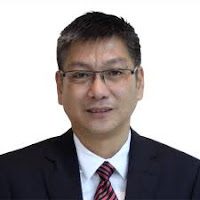 Secondly, Mar hopefully would be able to straighten out the Philippines’ business relations with three European companies that have been gravely affected by the cancellation of their contracts (Fraport's by the GMA administration and the Belgian and French contracts by the P-Noy administration). The cancellations, coming one after the other, have left the European Chamber of Commerce quite upset, to put it mildly.
XXX
In an earlier blog I talked about Fraport, which had filed arbitration cases in international courts against RP for the arbitrary takeover of NAIA 3 in the previous administration, and their resolution is far from finished to this day; the Fraport issue has sunk RP-German relations to an all-time low.
Then there’s the Belgian company  Baggerwerken Decloedt en Zoon (BDC) that was contracted by the past administration to  undertake the dredging of Napindan Channel, rehabilitate the Laguna Lake’s mangrove areas and create infrastructure for relocation of lakeside squatters, for the sum of P18.7 billion; this contract was cancelled by the P-Noy government soon after it came into power. The BDC has fined the government 5.5 million euros and threatens to file an arbitration case abroad. The Belgian government is said to be quite miffed. I called these two cancellations Black-Eye No. 1 and Black-Eye No. 2.
XXX
Black-Eye No. 3 concerns French consortium Eiffel Matiere that the Arroyo administration had contracted to build 72 ports for RORO ships for P11.8 billion, that was also cancelled by this present administration. Outgoing DOTC Secretary de Jesus said earlier that cancellation of the contract is one of the options being contemplated by his office, and that the price “is not the only issue,” while the Philippine Ports Authority (PPA) was quoted by media as saying the country needs only two new ports to serve its current demand, not 72 (the PPA’s quote, however, runs counter, however, to statements of governors around the country who want their own ports). Eiffel threatens to also sue RP in the international arbitration court, and we're not winning the popularity contest in France.
XXX
Maybe it was just a coincidence that three European contracts were involved, or maybe there really is something wrong with those contracts entered into by the previous administration. But the fact is that the European Chamber of Commerce is quite upset about these developments, and suspects that the Aquino administration is simply out to cancel what Arroyo had contracted; but the Chamber deplores that it's the European companies that reap collateral damage. These cases have caused a black-eye for RP abroad, when what we badly need now are foreign investments to give the much-touted Private-Public Partnership of P-Noy a strong push.
As I like to say, there are many ways of correcting a wrong---but when a contract is arbitrarily cancelled instead of re-negotiated properly and quietly (and the companies only learn about it in the news!), then we’re bound to get into trouble. Let’s hope Secretary Mar Roxas tackles all these problems with his typical grace and wish him luck.
XXX

I went to the Senate last Monday and sat through the entire debates and the voting on the postponement of the ARMM elections, to read the senators’ body language and feel the pulse of the chamber, which one misses by merely watching the proceedings on TV. So many good points were raised by the opposing senators who were quickly dubbed the “Magnificent Seven” by Fr. Eliseo Mercado of Notre Dame University.  To cite a few, Joker Arroyo questioned how 23 senators, all Christians at that, would pass judgment on the right of over three million Muslim people in ARMM to choose their own officials at the time that they should.  Lamenting that P-Noy is “trivializing the ARMM elections, Arroyo confessed to being puzzled as to “why this administration is so scared of the elections in ARMM, when I’ve yet to see an administration lose in that area.”
XXX
Sen. Edgardo Angara stressed that to justify reform as ground for postponement is “offensive, insulting and presumptuous” and goes against the spirit of what’s now popularly called the “Arab Spring” --- the political phenomenon whereby country after country in the Middle East is tottering because its people are shaking off the despotism and absence of democratic elections that had characterized those countries over decades. Unfortunately, now, said Angara, RP is doing the reverse---cancelling elections in ARMM. He worried for the Muslim youths and how this act of “now pushing autonomy, now pulling it away like a yo-yo,”  could disillusion  them, especially in the light of the “Arab Spring.”
XXX

Sen. Franklin Drilon, the sponsor of the postponement bill, SB 2756, treated Sen. Miguel Zubiri who began the interpellations, with thinly-disguised boorishness and condescension, doubtless because Zubiri is not a lawyer and Drilon felt superior to him. Whereas, he was quite deferential to his former boss at ACCRA law firm, Ed Angara, and even to Sen. Chiz Escudero, another lawyer. But to Zubiri’s credit, he took it all with grace and dignity, and more importantly, he had prepared very well and knew his dates and facts.


They tangled over various Republic Acts which had set and re-set the date of voting in ARMM over the years, but it only drove home to me one important point: the inefficiency of Congress to fix up once and for all that obligatory date for the election. Had Congress done so nearly a decade and a half ago, we wouldn’t have come to this point of whimsically depriving our Muslim compatriots of autonomy and enfranchisement---at a time when we're trying to win them over in the peace talks.
XXX
The problem now is that this administration wants to “correct” the wrong with another wrong: by arbitrarily postponing it, sans the requisite of the ARMM Organic Act, which are a 2/3 vote of both chambers (voting separately) and the people's ratification through a plebiscite. All this time the nation, including the Comelec, has been talking of the Aug. 8 ARMM elections and making preparations for them. this is a formula for unrest.  Why the administration has forced the postponement to the point of dividing the Mindanaoans and even though over 51 percent of the Filipino people don't agree with it (as shown by the recent SWS survey), confounds us all (a senator opined that night that it was the brainchild of P-Noy Political Adviser Ronald Llamas).

Sen. Chiz Escudero, who also came prepared and tangled in his usual rapid-fire manner with Drilon, said it very well for all of us confounded folk when he recalled that all through the various hearings on this issue in Manila and outside, the usual arguments offers for postponement and synchronization with the midterm 2013 elections were the need to institute reforms, to save on budget, to help the peace talks, clean up the voters’ list in ARMM, etc. But he opined that it  was only two days ago that the argument offered by Drilon---the legal mandate to synchronize the ARMM elections with the 2013 local and national elections---came up. Drilon admitted he did not believe the “reform” argument, but easily saw the synchronization line especially as defined by the Supreme Court in Osmena vs. Comelec. But for every line of Drilon Escudero pulled out another line of interpretation.
XXX

At first some pundits opined that the administration merely wanted to control the P33 billion ARMM budget over the next three years. But a computer expert explained to me that the real reason for postponement is that the ARMM has been traditionally the gold mine for fraudulent votes that senatorial bottom-dwellers and even presidential candidates need.

Obviously the LPs aims to control the region by appointing OICs when the various elective posts become vacant on Sept. 30.  Drilon justifies these appointments as springing from the President’s “residual powers,” but Joker Arroyo and Migs Zubiri have termed them flatly as unconstitutional and “dangerous,” noting that the only time appointments were ever made to fill elective positions was in Marcos’ martial law years and under Cory Aquino’s “Freedom Constitution.”
XXX
Actually, the wisest way to defuse the situation would have been to allow the ARMM elections this  Aug. 8 to push through, and then for Congress to re-amend the Amended Organic Act (!) by fixing its legal infirmities ONCE AND FOR ALL, including the synchronization of its next elections with the mid-term elections of 2013---but with the stipulation that this August's winners can no longer run in 2013.  But this administration is too arrogant to grant this concession, and in fact, the Senate version of the House postponement bill removed the prohibition against P-Noy-appointed officials running in 2013---meaning, the LPs want to ensure total control of ARMM for the coming two elections.


Various groups, including solons from Mindanao, presidential aunt Tingting Cojuangco and prospective runningmate Pax Mangudadatu, and former Tawi-Tawi governor Almarin Tillah’s group, are gearing up to challenge the postponement before the Supreme Court. We’re in once again for interesting times.
For comments/reaction, please email:
polbits@yahoo.com
Posted by Veteran Journalist and Relentless Advocate of Truth at 8:19 PM