Business executive Fernando Pena called up to suggest that his proposal be made public. Instead of outrageous verbal slings and arrows being exchanged between the Philippines and China over the dispute in the “West Philippine Sea” or the “South China Sea,” as the other side would have it, why not a boxing winner-take-all fight between a member of the Philippine Congress and a counterpart from the People’s Congress of China? says Fernando.
He’s willing to put up our very own representative from Sarangani, champ Manny Pacquiao, vs. whoever is brave enough from the People’s Congress to take him on, with this celebrity bout held in the storied gambling mecca of Macau, where all the bookies will have a wild time. But this blogger suggests another venue, for in the unlikely event that Pacquiao is defeated, the Pinoys would doubtless argue that it was a hometown decision. 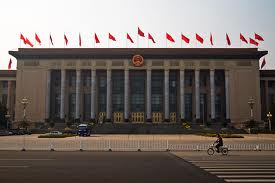 To my mind, outgoing DOTC Undersecretary for Planning and Project Management Ruben Reinoso Jr. ought to be congratulated as a hero for fearlessly baring his convictions. He is a rarity in our midst these days when officials cower in fear of going the way of Prisco Nilo.
Reinoso recently stated that the Aquino government ought to honor the contract with Eiffel Matiere SAS, which was engaged by the previous administration of GMA to build 72 RORO ports around the country for the sum of P11.8 billion, because he feels that everything about the contract was valid and above-board, with no indication of any overprice.  Reinoso stressed that while the contract price was expensive, this is because the technology using steel columns is also expensive.

Drawing a comparison with the first Aquino  administration “which honored all contracts it entered into,” Reinoso also stressed that the credibility of the second Aquino government is at stake here and that it would be difficult for President Noynoy’s Private-Public Partnership (PPP) projects to take off if  private partners borrow a lot of money to get them going---only to have their contracts cancelled at the last minute.


In the case of Eiffel, there’s the possible interest charges and damages of P15 million to be paid by the government FOR EVERY MONTH of delay, possible forfeiture of the P1.5 billion down-payment RP already made, and the cost of international arbitration which, as we have seen in the still-unresolved Fraport case, could run into billions of pesos. These are really messy affairs, and the government should exercise prudence and caution in cancelling foreign contracts.
XXX
Reinoso’s comments drew a sharp rebuke from Presidential spokesperson Edwin Lacierda as being a “disservice” both to outgoing Secretary Jose de Jesus and incoming Mar Roxas and a “crude attempt to unilaterally dictate policy” by one who’s already “departing from the scene.”  Obviously Reinoso knew the risk of speaking out his mind and yet he did not hesitate to do so when the interest of the country is at stake. As we Filipinos celebrate our Independence Day tomorrow, I'm happy to toast Usec Reinoso's independence of thinking, straightforwardness and bravery.


This blog had written about the series of cancellations of foreign contracts, among them Eiffel Matiere’s, in recent months that have upset the European Chamber of Commerce, but the good thing is that Secretary Roxas has promised to look into the problems. We remain hopeful, Mar.


XXX
There’s one thing, though, that I cannot understand about this cancellation of Eiffel Matiere’s contract: why does the Philippine Ports Authority now say there is need only for two RORO ports, when as Reinoso pointed out, in 2008 the NEDA’s review of this project stressed the need for many more. I would tend to agree with the previous review, for it will be recalled that the RORO program was GMA’s signature project and conceded to be a huge success in moving people and goods all around the country. Governors are batting for this project, but the P-Noy administration cancelled it  unceremoniously, after the steel columns have been delivered.

And yet, when the Aquino government wants to ram something down, it gets its way even without due diligence. Recall the P21 billion that it allocated for the conditional cash transfer (CCT) to be undertaken by the DSWD---how handily it squeezed through  the budget hearings in Congress INTACT, despite the minority’s vigorous opposition and the fact that the CCT’s list of beneficiaries from among the poorest of the poor is still far from being complete, and adequate classrooms and health care centers still have to be built. Something’s lopsidedly rotten but not in Denmark.

Even before former President Macapagal Arroyo formally complained to the Judicial and Bar Council (JBC) about the possible appointment of retiring SC Justice Conchita Carpio-Morales as Ombudsman, a number of people were already bothered by this possibility, and that included myself. I note that former Comelec Chief Christian Monsod nominated a rather low-profile lawyer who heads the Alternative Law Group, named Marlon Manuel. My candidate actually is Justice Secretary Leila de Lima, but unfortunately she does not want to accept that job and no one can blame her.
XXX
The common reasoning among “oppositors” to Justice Carpio-Morales' possible appointment is that she cannot be expected to exercise independence, impartiality and probity in that new job, as she has been too vehemently against the former President. She has taken a uniformly contrary position in every issue involving the former administration, like her cousin Senior Justice Antonio Carpio who has wielded tremendous influence over her.

I also agree with former Ombudsman Aniano Desierto that Carpio Morales, who’s retiring at 70, may not be able to handle the extremely taxing job of Ombudsman especially since its term of office is seven years.  Desierto recalled that he inherited 30,000 cases from Ombudsman Conrado Vasquez Sr. when he was appointed in 1995 by President Ramos. If former Ombudsman Merci Gutierrez' critics now say that she grossly neglected her job, one can imagine how much backlog she left!  No, a 70-year old lady like Carpio-Morales, no matter how industrious, won’t be able to do justice to that post.
XXX
Speaking of the judiciary, with the retirement of Justice Eduardo Nachura and soon of  Justice Carpio-Morales, the JBC will submit to President Aquino a list of at most ten or twelve names, for him to select their replacements. At latest count the JBC list has about 57 names of candidates---some newcomers and others hold-overs from previous vacancies. 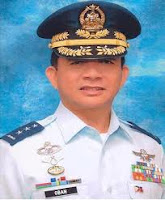 ·        An indication of how strong ES Jojo Ochoa is with P-Noy, observers say, is that P-Noy had already talked with Army Chief Art Ortiz about his getting the Chief of Staff post (he'll retire this November);  but to the surprise of many, Gen. Eduardo Oban Jr., a former fighter pilot, suddenly got it. The turn-about is being attributed to  Ochoa.

·        Linggoy Alcuaz was so active in pushing the candidacy of Noynoy Aquino during the presidential campaign of 2010, but now he’s among the leaders of the “Sorry Yellow” movement.
·         The political divide: the Aquinos and Cojuangcos have their own political rifts ---with presidential aunt Tingting Cojuangco getting ready to file a case in the SC against the recent postponement of the ARMM elections, and husband Peping Cojuangco overheard on radio stressing that they’re not the family in power but the Abads of Batanes.  Likewise, in the Carrion family, former Tourism Usec Cynthia Carrion Norton remains rabidly pro-GMA (her Assumption classmate and aerobics mate), while cousin Chris Carrion remains rabidly Yellow.
For comments/reactions, please email:
polbits@yahoo.com
Posted by Veteran Journalist and Relentless Advocate of Truth at 7:16 PM