Black-eye for Philippines due to cancellations of foreign contracts

The Manila Standard ‘s banner this morning declared, “Aquino questions motives of divorce law supporters.” The account said President Noynoy now entertains the thought that the new bill advocating a divorce law here, coming on the heels of heated debates on the proposed RH bill, “could be aimed at widening the gap between his administration and the Catholic Church.”  It was a politically reckless move indeed on the part of the divorce bill's left-wing sponsors, Reps. Luz Ilagan and Emerenciana de Jesus, so that even the impassioned RH bill sponsor, Albay Rep. Edcel Lagman, sought to quickly distance himself from that bill. P-Noy was also quick to say that the divorce bill is not a priority of his administration.
XXX
Bravo to P-Noy for finally waking up to the reality that there are those among his political allies who are trying to drive a wedge between him and the Church.  It would be sheer folly if he were to remain naïve about their aim. He should remember that his mother Cory was able to overcome various attempts to topple her administration to a large degree because of the overwhelming support of institutions such as the Church.  The Church could be a real partner for progress, but there should be sincere collaboration between it and the government.
XXX

The uncontested fact is that the “Liberal Left”---a convenient term  bandied these days by political pundits like Gary Olivar of the ancien regime for presidential allies among the militant groups, as contrasted with the “Liberal Center” composed of LP politicians---appears to have become quite powerful in the P-Noy regime (they were at the forefront of the get-Merci campaign and the RH push in the House, and a good number of them enjoy juicy government positions and GOCC directorships). The “Liberal Left” is led by presidential adviser for political affairs Ronald Llamas (the post Gabby Claudio held in the old regime), who also heads the militant leftist group Akbayan.
The appointment of Llamas, a former student activist at the UST where he studied journalism, was doubtless a reward for his key role in the victory of Noynoy in the elections; but it was obviously also meant to give his administration the image of being a liberal, broad-spectrum coalition, as never has a leader from the militant Left been appointed to such a crucial role before (why the LP politicians didn’t object is a curiosity).  Llamas’ appointment has raised a lot of eyebrows, however, especially since the occupant of Malacanang appears to be often clueless about developments in his backyard.
XXX
LP-Left adherents such as Reps. Teddy Casino and Neri Colmenares have provided the noise and muscle in the controversial release of the “Morong 48” months back; more recently left-wing followers crowd in the Senate gallery to lobby for the postponement of the ARMM elections (so the LP can consolidate power in that gold-mine of fraudulent votes). On the other hand, according to a veteran politician who classifies himself definitely as LP-Center, among the most influential people in the search committee for appointees to the Noynoy government are Karina Constantino David, Prof. Randy’s wife, and PMS Chief Julia Abad, who would probably both feel flattered at being tagged with the LP Left.
XXX 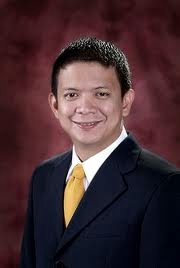 But there’s another development P-Noy should worry more about. This has to do with recent cancellations of contracts entered into by the government with foreign corporations, with one waging a long-running battle in foreign arbitration courts and two others very likely to file cases against RP. These could hurt the flow of foreign investments here, especially now that the government is desperately running after Public-Private Partnerships (PPP).


As Sen. Francis Escudero noted recently, the P-Noy administration is almost a year old but until now it has not scheduled for bidding---much less produce---even one of the almost $3 billion worth of priority PPP projects P-Noy made such a big pitch for last November.


There’s good reason why---those cancellations are scaring foreign investors. Now, with the sudden resignation of DOTC Secretary Jose de Jesus, one of P-Noy's most credible Cabinet members, along with his three Usecs and an Asec, over the reported backing by P-Noy of an errant lady official against De Jesus' decision to let go of her, there's even more uncertainty in the business climate.
XXX
I was at two events recently attended by some foreign diplomats, where I picked up adverse reactions to what (to them) appear as arbitrary and whimsical cancellations of legitimate foreign contracts. These were the simultaneous launch of Vice President Jejomar Binay’s book, “Reinventing Makati” and the inauguration of the Aquilino Pimentel Jr. Center for Local Governance at the University of Makati, and the other was the Italian National Day last night at Ayala Museum. At both events I ran into foreign diplomats who questioned whether contracts are being cancelled simply because they were signed in the old Arroyo administration.
Some sources stressed that even granting that there could be some questionable items in the contracts, those could be discussed. But their bigger suspicion is that the recent moves could simply be part of misplaced revenge on the old regime, which is bound to hurt the country's economic progress as foreign investors would be wary to come in.
Understandably the more vocal are the members of the European Chamber of Commerce, as three cancelled contracts involved European companies.
XXX 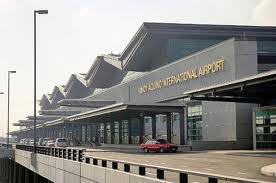 First, there was the contract entered into by the Ramos administration with the Frankfurt Airport Authority (Fraport)  which, together with its Filipino partners, Piatco, built the NAIA-3 terminal on government land in the Erap administration.


Early in the GMA administration, some senators who held hearings on Fraport/Piatco, notably Franklin Drilon and Joker Arroyo, were convinced by the mesmerizing former SGV chair Gloria Tan Climaco that confiscation was the best option for RP, owing to what were deemed instances of  gross over-pricing and glaring defects in the airport’s construction; they convinced the Arroyo administration to forcibly take over the airport, instead of opting for peaceful negotiation with the beleaguered contractors (such as this columnist, then writing in the Inquirer, had advocated).
That confiscation turned into a global mess. Fraport/Piatco sought international arbitration in Singapore and Washington, D.C., and RP,  despite payment of $3 billion to the contractors (not to mention over two billion pesos in fees to local and foreign lawyers led by former Justice Florentino Feliciano and Justice Ma. Lourdes Sereno), won in Singapore but lost in D.C. Recently a local judge ordered the government to pay $175 million more to Fraport/Piatco, which the government is re-appealing.

The contract called for such services, among others, as the dredging of the Napindan Channel (now averaging only a 2.5 m. depth, from 6 m. 100 years ago), reclaiming portions of Laguna Lake and developing two ecological areas alongside it, and the construction of relocation infrastructure for lakeside squatters. BDC also agreed to leave its state-of-the-art dredging equipment to the LLDA once the job was finished.
XXX
To undertake the contract, BDC secured a loan from Fortis BK, a subsidiary of the BNO-Paribas Group. The LLDA project on paper costs P18.7 billion, but with the 12 percent VAT and 37% of project costs as outright grant, actual cost to RP comes up to only P9 billion.
What hurt BDC and the Belgian government, as articulated in media by the Ambassador, was that Aquino’s Justice Secretary Leila de Lima had upheld the contract as valid last September, while the House committee on ecology and key officials of DENR and DOF also found no reason for the project’s discontinuance.  The BDC only learned of the cancellation in the news, although Finance Secretary Cesar Purisima was quoted as saying that it had been cancelled shortly after the first 100 days of P-Noy in office.


The Belgian government cried foul and BDC is slapping RP a fine of 5.5 million euros for the cancellation and threatens international arbitration. We're turning out to be the arbitration court's biggest defendants.
(Next: Black-eye No. 3---cancellation of a P11.8 billion French contract to build 72 RORO ports here)
For comments/reactions, pls. email:
polbits@yahoo.com
Posted by Veteran Journalist and Relentless Advocate of Truth at 11:17 AM