House proposal for RH bill plebiscite in 2013: sign of desire for “cooling down period”

A number of people have endorsed the appointment of Gen. Danilo Lim as National Security Adviser.  I submit, however, that it would be a mistake if President Noynoy makes this appointment, for a number of reasons.
In this year-old administration, the over-arching aim as far as the AFP is concerned should be to forge unity among its various factions. It’s no secret that Gen. Lim heads one important and influential faction within the military,but it's also well-known that he has been at odds with the leadership of various administrations within the AFP---  mainly on the issue of what his group claims as corruption in the upper strata of leadership. There’s some truth to that, as the recent exposes of Col. George Rabusa have shown, but it’s also a two-way claim:  there are also officers outside Lim's group who feel that his people have not been above reproach too, especially with regard to questionable backers funding their rebellious activities in the past.

At the wake for the late National Artist Alejandro Roces the other evening, we were joined at our table by former Sen. Santanina Rasul, and we asked her about her stand on the Palace plan to postpone the elections in the Autonomous Region for Muslim Mindanao. Sen. Rasul said there shouldn’t be any postponement and here she’s only the latest among prominent Mindanao leaders (which include former Sen. Nene Pimentel and Fr. Eliseo "Jun" Mercado of Notre Dame University) to take this stand vs. postponement.

The Palace has certified the ARMM election postponement bill as urgent and the House passed HB 4641, but time seems to be running out for Senate action, as the chair of the  committee on local governments himself, Sen. Bongbong Marcos, appears negative to it;  a number of leaders have also said they would challenge before the Supreme Court the constitutionality of a postponement. I hope P-Noy does not push this idea as political costs to him would be high.
XXX
A side issue is whether to automate the ARMM elections or not, assuming they're a go. At a seminar sponsored last May 26 by a citizens’ group called Tanggulang Demokrasya(Tan Dem) on the seriously flawed May 10, 2010 automated election system (AES),  Tan Dem took an unequivocal stand against both postponement of the ARMM elections and the use of the "highly-defective" PCOS machines in that region. This stand was firmed up after IT expert Edmundo "Toti" Casino made a power-point presentation of the litany of deficiencies of the AES during the  May 10 elections, and it was stressed that at stake in the elections in the five ARMM provinces are only five positions. Thus, why the need to automate? Indeed, why?
More on the proceedings of this seminar in future blogs.
XXX
The debates in the House and in the media on the RH bill issue have lately become so divisive and contentious, so that more and more thinking people feel there ought to be a cooling-down period. 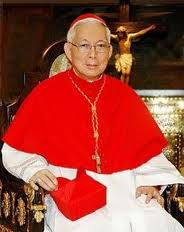 For instance, a friend close to the Archdiocese of Manila deplored a recent newspaper headline that stated that the Archbishop of Manila is the fourth-largest depositor in the Bank of the Philippine Islands, and that his huge fortune should be spent on the poor. Actually that was not an honest claim, said the caller, for the Archbishop of Manila, represented by the person of Gaudencio Cardinal Rosales, does not “own” that bank deposit; it’s the Archdiocese that does, and it should not surprise anyone that it's substantial, as the Archdiocese is the largest in the country.

Many people now seem to realize that pushing the RH bill at this point may not be in the best interest of the nation.  A few days ago Senate President Juan Ponce Enrile and Sen. Joker Arroyo talked about hammering out a “compromise” version if and when the House's consolidated version gets to the Senate. That sounds to me like these two leaders want to get the heat off this issue for a while.
Then another development turned up in the House. After listening to all the increasingly acrimonious debates and feeling the intense heat of it all, a representative made the startling proposal: let's shelve all discussions of the RH bill and instead just subject it to a plebiscite to be held simultaneous with the 2013 mid-term elections. Lawyers in the chamber quickly opined that while this proposal would have the desired cooling-down effect, it will not be legally feasible; besides, once the campaign period starts, this issue could well be forgotten.
XXX
The intensity of the debates is convincing a growing number of people that there is actually no need to legislate an RH law, and I count myself in this group. As this blog has argued endlessly, if the purpose is to trim down the population rate, the latest figures from the US CIA Fact Book indicate a 1.9 percent birth rate for RP--- a long way from the 2.6 percent in the ‘60s, except that the populace is just all squeezed into the mega-cities like sardines.

Moreover, all kinds of birth control devices are available in drug stores and supermarkets everywhere and very cheap too. And if there are still those like 37-year old Salve Paa and her husband among us (featured front-page by the Inquirer two days ago as having produced twelve children in their 27 years together), I daresay they are increasingly the exception than the rule nowadays.

Moreover, as Leyte staunch anti-RH Rep. Sergio Apostol explained to this blogger, the current bill appears to be duplicating features of a Marcos decree, PD 79. Rep. Apostol suggested that it might be worth while for the House to revisit that PD and what it achieved and failed to achieve, which might negate the need for a new---and divisive---law.
I did a little research and found out that PD 79 was enacted ironically enough on the Feast of the Immaculate Conception, Dec. 8, 1972, apparently to put more teeth into RA 6365 that was passed by the still-existent Congress on Aug. 15, 1971, ironically enough again, the Feast of the Assumption of the Blessed Virgin Mary. RA 6365 sought to establish a "National Policy on Population, creating the Commission on Population, and for other purposes."


For help on the population issue Marcos ran to the US-AID, which was only too glad to help. After pouring huge amounts of money to get the program going, it did help lower the birth rate indeed, but poverty in the country worsened, so that by the end of the Marcos rule in 1986, RP's preeminence as second only to Japan 20 years earlier had been eroded---mainly because of the crony capitalism and corruption prevalent during that long unlamented era.  Moreover, the population program ran afoul after some segments of society began to complain about a quota system and incentives for the new recruits.


As a research paper put it, "the women became victims of a program  that was to assist them" and “efforts were criticized for treating (them) as program targets and not as individuals capable of making choices.”  Family planning users were quoted as complaining of having IUDs inserted without prior knowledge and inadequate information and follow-up on oral contraceptives.

Reliable sources say there'll be a changing of the guards at the      Presidential Legislative Liaison Office (PLLO), the office that seeks to  effect smooth relations between the Palace and Congress regarding   legislative matters. Sources indicate that current PLLO Chief Tony Roman, the former Lakas Bataan representative, will be assigned as ambassador to a foreign country, and the incoming Chief will be former Rep. Manuel Mamba of Cagayan, an original LP.


The LPs are truly consolidating their power base everywhere.

Just when many folks are wondering when certain appointments to Cabinet posts would cease to be on “acting" status since it’s almost a year since P-Noy came to power, now comes news from P-Noy that Acting Secretaries Jesse Robredo of DILG and Ramon Paje of DENR would become "permanent." On the other hand, defeated LP senatorial candidate Nereus Acosta will reportedly become the Presidential Adviser on Climate Change, not DENR Secretary, as earlier speculated.
For comments/reactions, please email:
polbits@yahoo.com
Posted by Veteran Journalist and Relentless Advocate of Truth at 8:12 PM