Paris---The beauty of the Internet is that one gets updated on developments back home, even while one is on the go abroad. I must confess that it was with great disappointment that I received the news of the resignation of Ombudsman Merceditas Gutierrez last week; for I had looked forward to a battle royale in the Senate starting last Monday, when Congress returned from its recess.

There’s a lot of speculation about why Merci resigned. Her public statement said she did not want to further divert the attention of the nation from more crucial problems facing it, which would happen if the Senate impeachment trial becomes protracted. That may well be true---the trial would be terribly divisive and I imagine that the last thing the Ombudsman would want is to be the cause of so much divisiveness.

But of course, there’s also the speculation that she might have counted her votes in the Senate and realized that being acquitted is a very iffy thing---given the relentless hammer and tongs campaign President Aquino has conducted against her over the many weeks. Some reports say that former President Macapagal Arroyo had something to do with Gutierrez's sudden resignation---that the former persuaded her to resign so as not to ventilate further issues that are best left muddled.

Some of us may never fully know what triggered that resignation, but one thing is clear: I’ve never seen an occupant of Malacanang conduct himself in the manner Mr. Aquino did vis-à-vis the Ombudsman---making her conviction by the Senate the subject of commencement addresses in the two most prestigious educational institutions as well as before top professional organizations. Certain Palace insiders have admitted to their confidants that nothing has preoccupied P-Noy more than this matter---in fact there has been nothing else but this OBSESSION.

At any rate, I wish Merci Gutierrez well and pray that she would enjoy the peace of mind and tranquility of soul that can only come from a clear conscience.

The Judicial and Bar Council has opened the nomination for the Ombudsman’s post and has set the its deadline for this Monday, May 16---exactly one week before the JBC sits down to deliberate on the nominees. This is a most crucial post, but given the mindset of the current administration, this could also be a most distorted post---an instrument not for curbing corruption and restoring good governance, but for wreaking wrathful vengeance on this administration's perceived enemies.

I’m glad that Sen. Miriam Defensor-Santiago has slammed the appointment of retiring Supreme Court Justice Conchita Carpio-Morales as incoming Ombudsman. This is only right, for Carpio-Morales has been too open against the past administration, in fact too vociferously so, and too identified with the anti-Arroyo bloc in the SC and in the legal circles, to make an effective Ombudsman. We need in that post someone who is not only independent in thinking, but who can also approach the problem of corruption, be it past or present, with equanimity and the cold eye of impartiality. This cannot be the case with Justice Carpio-Morales.

There's also the move of the whistle-blowers' group to nominate former Solicitor-General Francisco Chavez for that post. The problem with Chavez is that he also operates from the spirit of hatred and anger against GMA and her officials; thus, he won't have even a modicum of objectivity in handling graft cases levelled against them. Moreover, he himself faces still unresolved charges of misconduct from the Alabang village where he dwells, and has a huge propensity to grandstand.

Justice Secretary Leila de Lima was nominated by Assistant State Prosecutor Romeo Sensor, who said she would be the best person to fill that post. I agree with Sensor and actually had thought about her even before he came out openly with his nomination. De Lima has exhibited a good deal of independence in the nine months or so that she has occupied Justice and what’s good is that she has not been associated with P-Noy in the past, the way the Liberals in the Cabinet are. In fact she was appointed by former President GMA to the Commission on Human Rights where she exhibited relative independence and credibility.

If the President is smart he'd appoint De Lima as Ombudsman. But the bigger problem is that she has repeatedly said she's not interested in the post, and that she'd be able to achieve more in her present post of Justice Secretary (it's well-known in legal circles that this lady's burning ambition is to become a justice of the Supreme Court someday, and aspire to become the first lady SC Chief, given her age; which means maglalaban sila ni Justice Ma. Lourdes Sereno, who was appointed early in the P-Noy administration). In refusing the Ombudsman's post, De Lima is like Gibo Teodoro: they both realize that that's a thankless, no-win kind of job.

Our little group consisting of my son Conrad, daughter-in-law Myra, family friend Nena Cruz and I leave Europe for home tomorrow, after covering the beatification of Pope John Paul II, via our port of entry---Paris, with a side-trip to Lourdes. It has been physically a most hectic trip as we tried to cram many activities into just a little over two weeks, but it has also been most rewarding spiritually and culturally. I have tried to bring the sights and sounds of JPII’s glorious beatification for my dzRH listeners and readers of this blog, which left us with hearts full at the privilege of being able to attend this once-in-a-lifetime event, along with many other Filipinos in Rome. 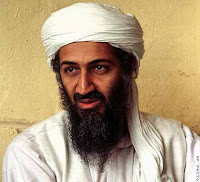 But there are also many things one cannot convey fully. One is the pressure Filipino pilgrims feel with the strength of the euro (P62 to one euro!), making each expenditure a real pain in the neck. Our rule was no shopping and walk, walk, walk as much as possible, to avoid riding taxis; we’d also bring along sandwiches fashioned from the delicious baguette (which the Pinoys call the kili-kili bread for obvious reasons) and jambon de Paris while touring the attractions. There's also the tightness of security measures everywhere that breeds a lot of unease and apprehension in tourists, after the execution of Al-Qaeda leader Osama Bin Laden by US Navy commandoes and the bloody first reprisal in Pakistan by militant suicide bombers the other day that left hundreds either dead or wounded.

Despite all the unsettling concerns of tourists, however, Paris is as beautiful as ever in the late spring that’s fast entering into a hot summer. Tour operators note that France is the world’s topnotcher in tourism, drawing about 80 million tourists a year, with the Eiffel Tower, the Notre Dame Cathedral and the Louvre Museum as Paris’ top attractions. But this season there has been a sizable dip in arrivals which they ascribe to the continuing financial crisis on the continent (in Greece and Portugal), even as the euro continues to surge over the dollar, and tensions over the deteriorating situation in Pakistan and the continuing turmoil in Syria as well as in Libya, where NATO has been shoring up the rebels against Col. Khaddafi. 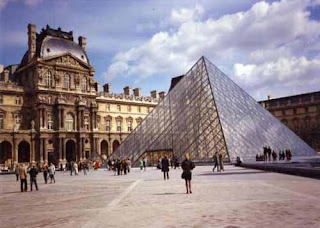 But there are ways to cope with the insecurities, and one way is to lose one's self in the cultural environment of Paris. In this visit I had more time to enjoy the Louvre after years of having been away, and to relish the way “Le Pyramide,” the complex inter-linked steel structure sheathed in tinted reflective glass that distinguished Chinese-American architect I. M. Pei built in the middle of the Louvre courtyard in 1989, during the regime of former Prime Minister Francois Mitterrand.

The "Pyramid," like the Eiffel Tower 100 years ahead, was regarded as a "monstrosity" and met with widespread criticism from conservatives. But pretty soon the public began to see that the idea was  to provide more ventilation and light and extra exhibition space in the quadrangle of palaces housing the world’s most renowned museum, where before these palaces were dingy and stuffy and definitely claustrophobic. It's I.M.Pei's stroke of genius that all one sees on the surface of the Louvre quadrangle are the three pyramidal structures, one 71-feet structure and and two smaller ones. But underneath, the entire quadrangle was dug up entirely and access to the four palaces was provided by escalators and stairways, and infinitely more space (650,000 sq. ft.) was added for information and ticket counters and extra exhibition displays.

If the French live and breathe culture and the arts, it's because they are exposed to it at a very early age. For instance, the gigantic Louvre Museum, unarguably the world’s greatest museum, is open to all those below 18 years of age FREE of CHARGE. The aim obviously is to get them started early, and one encounters groups of little nursery-age toddlers and swarms of young students here, side by side with wide-eyed tourists.

Moreover, tomorrow, Saturday, May 14, from 6 pm. to midnight, the Louvre’s permanent collection will take part in the program of the Ministry of Culture and Communication, under Minister Frederic Mitterrand, called “La Nuit Europeenne des Musees” (The European Night of the Museums”). This program, now on its 7th round, calls for hundreds of museums all over France, including the Louvre, to open their doors FOR FREE to all those who want to come in and view their exhibits and programs for six hours on an appointed day. Other museums in Europe copy this enticing format, but of course, nothing compares with the Louvre, so that it's easy to imagine the stampede tomorrow evening when the Louvre opens its doors for free until midnight. Unfortunately, by then we should be well on our way back to Asia.

Posted by Veteran Journalist and Relentless Advocate of Truth at 2:06 PM