Bong and Bong vs Binay and Jinggoy; what happens to Mar and Gibo? 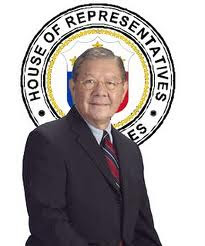 Every time a session of the House ends, there’s speculation about a change of leadership. In that chamber there’s talk brewing (which was already mentioned in media) about a revamp in the forthcoming second session of the 15th Congress, which opens on July 25, targeting Speaker Feliciano “Sonny” Belmonte.


I would think all these moves on the Speaker's part indicate excellent husbanding of public funds, but obviously the mind-set in the House is different. But if there’s a revamp, who’s going to take Belmonte's place?  The name reverberating is that of two-term Cavite Rep. Joseph Emilio Aguinaldo Abaya, the chair of the powerful House appropriations committee and Secretary-General of the Liberal Party. Again, it seems to be an LP design for party originals to obtain a stranglehold on power at all levels, and precisely, one of Belmonte’s “sins” is that he was a former Lakas stalwart before turning LP during the campaign of P-Noy last year.
But Belmonte is not expected to give up without a fight. His biggest ace is still his family's control of the influential Philippine Star. The next few weeks bear watching.
XXX
Bongga was the word for the 25th wedding anniversary last Saturday evening of Lakas President and Senator Bong Revilla and his wife, Cavite Rep. Lani Mercado-Revilla.  And why not? It has been argued by movie commentators that when a showbiz couple lasts for 25 years, that calls for a celebration. Indeed. Moreover, Revilla is being eyed as Lakas' bet in the 2016 elections.

As befits a political event, Bong's silver wedding anniversary was a star-studded cast, and the interesting thing was that most of the original ninongs and ninangs were still around, such as President and Mrs. Fidel Ramos, former Speaker Jose de Venecia and his congresswoman-lady, Gina de V., former Sen. Ernie Maceda and industrialist Ramon Ang, among others (superstar Manny Pacquiao was candle sponsor). The couple's exchange of vows was held at the Shrine of St. Therese of the Child Jesus in Pasay City while the grand reception was held at the Sofitel Westin Harbour Tent at the CCP Complex.

XXX
The presidential elections are still a good five years away, but already, matunog na matunog na ang pangalan ni Bong Revilla ngayon, as Lakas-kampi-CMD---the 30 or so members of the House who have stuck it out with Lakas after a sizable chunk of other  members, led by Cebu Deputy Speaker Pabling Garcia and Nueva Ecija Rep. Rodolfo Antonino, abandoned the party and formed the  National Union Party (NUP) and allied themselves with the LP---starts casting about for a winnable presidential candidate.  Revilla is optimistic he can make it, for as he argues, if fellow actor Joseph Estrada succeeded in getting himself elected president, why can’t he? 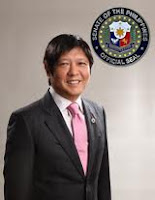 Already political pundits are talking about a “Bong-Bong” tandem:  Bong Revilla and Bongbong Marcos of the revived KBL, or vice-versa, while on the opposite side, being eyed are VP Jojo Binay, who chairs the very much resuscitated PDP-Laban, with Sen. Jinggoy Estrada of the PMP as his running-mate.


Recall that Jinggoy's father, former President Erap, chose Binay as his running-mate last May 2010, but despite talk that Binay actually abandoned him towards the end and supported LP candidate Noynoy instead, Erap has chosen to be pragmatic for Jinggoy's sake---i.e., to ignore all such treachery talk and continue to maintain close links with Binay, who's showing amazing political strength (he launches tomorrow his book, "Reinventing Makati: A Vision of VP Jejomar Binay, which he's offering as a "road map" to LGUs; but then, a comparison is well nigh impossible, as none of the other LGUs has even 1/8 of the resources Binay could marshal for two decades in the country's financial center).


On the other hand, Jinggoy, also an actor, is considered Revilla's best friend, but for political ambition, they could conceivably take other running-mates.

Bong-Bong vs. Binay-Estrada. How do you like that? By the way, mention of "Bong" and "Bong-Bong" tempts me to digress to a riotous Erap joke during his campaign: Erap supposedly went to confession and the priest, before absolving him, asked him to recite the "Hail Holy Queen" as his penance. Erap told him he had already forgotten that prayer. Alright, said the priest, how about the "Angelus?" Erap said cheerfully, "Oh good, Father, that's easy:  "bong-bong-bong!"
The question folks are asking, however, is what happens to the LPs? Would Mar Roxas be viable for 2016?  Some people are crossing out Mar as too elitist, as they note that 2016 would still be very much the battle of the show-biz and/or masa candidates. But could there ever be room for victory for brainy, competent but also, alas, pedigreed pols like perhaps Mar and Gibo?
XXX
Presidential aunt-in-law Margarita”Tingting” Cojuangco has defied her nephew-in-law, President Aquino, by making herself available as candidate for  vice-governor and running mate of Pax Mangudadatu in the coming ARMM elections, which, at this writing, is still up in the air.

Tingting’s candidacy splits wide open the rumored rift in the Cojuangco family.  Recall that months back, a ruckus was raised when she was summarily terminated as president of the National Defense College, an appointment from former President GMA, without as much as a sweet little TY note;  this drew a stiff  protest from her husband, P-Noy’s uncle Peping Cojuangco. The sudden termination came after Tingting declared publicly that P-Noy's plan to postpone the ARMM elections was unconstitutional.
People have questioned whether Tingting is qualified to run as ARMM vice-governor. Why not? She not only maintains a house in that region, she is also a Muslim scholar and has been working in that part of Mindanao for decades now. I know Tingting, however, in another capacity: her lack of physical fear, which probably qualifies her best for the post she's running for.
XXX
During the visit to Basilan of candidate Cory Aquino toward the tail-end of the snap election campaign, some of us journalists (I was then a political reporter for the black-and-white Mr. & Ms. Magazine of press icon Eggie Apostol) decided to go ahead of Cory and cross the straits between Basilan and Zamboanga City aboard a fairly large speedboat, together with some award-winning foreign journalists. Suddenly the straits became terribly rough and big waves threatened to engulf our boat. We all sank to the floor of the boat, dreadfully frightened, especially after a multi-awarded American photo-journalist recalled how he lost family members on a speedboat, whose peculiarity is that it could just plunge straight to the bottom of the sea.
But where was Tingting?  While many of us women journalists, by then dirty with the oil that had spilled all over the floor due to the boat's rocking in the waves, cowered in fear, Tingting sat in the swivel seat across from the captain, laughing and enjoying the wind that blew her long hair away. No trace of fright whatsoever.
XXX


On another occasion, former Cagayan de Oro Assemblyman Homobono Adaza recalled to me how they were aboard a single-engine plane lost somewhere in bad weather in Mindanao, just barely flying over coconut trees. The plane was turning upside down and the pilot was trying to control it as he desperately searched for a clearing to land in. Adaza confessed that he was very frightened, but Tingting was so calm and was directing the pilot until a clearing was found and they were able to land.
I don’t doubt at all that that woman would not flinch at warlords in the area in an election, or when she gets to the capitol.
XXX
P-Noy has been pushing for the postponement of the ARMM elections scheduled for  Aug. 9, on the ground that he wants to install “reforms” there first; his idea is to first appoint OICs in the five posts that should be up for election in the five provinces. But as many Muslim and Christian leaders of Mindanao have argued, reforms can’t be undertaken at a snap of the finger; it takes time. In the meantime, postponing the elections in ARMM would be very divisive because the people there want to choose their own leaders and run their own affairs, instead of being managed again from “Imperial Manila.”
XXX 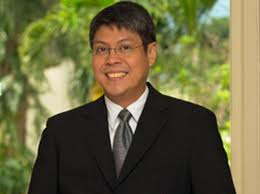 As legal luminaries have pointed out, postponement of the ARMM elections can only achieved legally by amending the ARMM Organic Act, but this cannot be done by a simple legislation with just majority vote of both chambers. Amending an organic act requires 2/3 vote of both chambers of Congress, voting separately, and ratification by the people affected in a plebiscite. Both of these targets seem unattainable at the moment, which means that even if the simple legislation is passed by a rubber-stamp Congress, it would undboutedly still be challenged before the Supreme Court. And right it should be.
The Senate chair of the committee on local governments, Bongbong Marcos, is against postponement, but talk is rife in that chamber that if he continues with that posture, he might be replaced by Sen. Kiko Pangilinan, a dyed-in-the-wool LP, just to push postponement (and also to disable Bong Bong for 2016?).


The LPs are really out to recover lost ground, and how!
For comments/reactions, please email:
polbits@yahoo.com
Posted by Veteran Journalist and Relentless Advocate of Truth at 8:38 PM