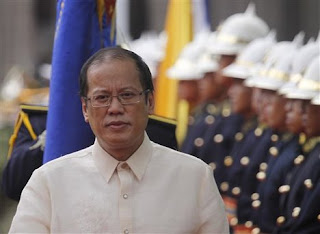 President Aquino’s recent order to the Department of Justice to withdraw the charges filed in court against 43 health workers---labelled by media the  “Morong 43”--- cannot but have a demoralizing effect on the Armed Forces of the Philippines, no matter how brave a face the AFP puts up. In fact, it is easy to see that P-Noy’s move would have a far-reaching effect not only on  the AFP, but also on the justice system in this country.

Instead of interfering with the justice system by ordering the DOJ to withdraw charges already filed against the health workers before the Regional Trial Court in Morong, what P-Noy should have done was to call for the speedier resolution of their case before the court. But by the same token, he says that the charges of violation of human rights and torture counter-filed against the military by the detained Morong 43 before the Commission on Human Rights stays.

Doubtless the question in some military minds now is, why the double standard of the President?


Arrested for possession of firearms and grenades
The Morong health workers were arrested by the military last February 6, nearly a year ago, on six charges of illegal possession of firearms and grenades and violations of the Comelec gun ban during the election period.  The AFP Command hailed the arrests and in fact decorated the commanders of the two units that handled the capture, namely, the 202nd Infantry Brigade and the 16th Infantry Battalion.

The question is, just how will the soldiers and officers feel now, after risking their lives in the arrests?  The withdrawal of charges against the Morong 43 is doubtless causing confusion now within the AFP ranks.

On the other hand, can the President just order the dropping of charges already filed in court? How will this move impact on our justice system?


Pressure from the NDF

Okay, so the President is acceding to pressure from visiting NDF leader Luis Jalandoni for the Morong 43’s release, in order to enhance the atmosphere for the peace talks between the NDF and the Philippine government, that’s scheduled informally to begin next month. In other words, as Justice Secretary Leila de Lima put it, all in the name of “national interest.” A number of politicians, including Sen. Joker Arroyo, have called for their release before Christmas.

But it will be recalled that in response to earlier calls for the Morong 43’s release, Secretary De Lima said that this would not be possible as charges against them have already been filed before the court. Now she explains that this matter was taken up in the Cabinet which obviously endorsed it, and--- just as significant---that no objections were posed by the AFP and the PNP.  She also stressed that the basis for dropping the charges is that the arrest warrants used by the military were “defective,” and that the motion would be filed by tomorrow, so that the Morong 43 could be home for Christmas.

The question is, why only now, after nearly a year, are these warrants being deemed as defective?


Condition for peace
As Secretary De Lima admitted, the pressure from the Left to release the Morong 43, as some sort of condition to resume the peace talks, played a major role in the dropping of charges against them. But the DOJ Chief also admitted that she couldn’t tell what would happen if the RTC judge handling the Morong 43 case would refuse to have it withdrawn because he thinks it was a pretty strong case.

If it’s a tough situation for the DOJ, it was doubtless even tougher for the AFP to take that perplexing, if astounding, move by its Commander-in-Chief in stride, and it sought to put up a brave front.

Brig. Gen. Jose Mabanta, the AFP spokesperson, readily expressed the military’s support in the interest of “transparency, accountability and confidence in government.” He said the withdrawal of charges against the Morong 43 constitutes a “minor set-back” for the AFP and sought to strike the positive by stressing that the service should learn its lesson by doing a better job of handling arrests in the future.


Arrest was legal
But in trying to explain the Commander-in-Chief’s move, Gen. Mabanta caused further confusion as he sought to balance the rank and file military’s feared disgruntlement over that move. He said that even if technicalities or “non-substantive grounds” should cause the dropping of charges against the health workers, this does not remove the fact that they were caught with illegal explosives and firearms last February.  He stressed that the AFP’s arrest move was legitimate.

In the light of this assertion, the natural question that crops up is, so why is the dropping of charges being hustled up to the jeopardy of the armed services and the justice system?


United in the desire for peace
I think the Filipino people are united with the President in their desire that the peace talks, which were stalled in November 2004, resume and progress, so that lasting peace would descend on our country. Jalandoni’s visit after years of absence is a most welcome sign of progress on that front. But that desire for lasting peace has to be balanced with what could be a greater harm---the demoralization and subsequent unrest within the ranks of the military, and the confusion within the judicial system.

To get the stalled peace talks started, perhaps as a chalked-up achievement of this administration, P-Noy’s legal advisers obviously gave him (again!) the wrong counsel---to please the Left by releasing the Morong 43 ahead of the court’s decision. That advice is again infirmed.

It would have been far better if the President reasoned out to Jalandoni et al. that much as he wants nothing more than to get the talks started, there is also a judicial process he has to respect and uphold, because it is stipulated in the Constitution and the laws of the land.


Do you have a comment?
Email Bel Cunanan at
polbits@yahoo.com
Posted by Veteran Journalist and Relentless Advocate of Truth at 7:43 AM