The Philippine Star bannered the other day that President Aquino felt that the Supreme Court was “singling me out,” to which SC spokesperson Jose Midas Marquez defensively retorted that “We’re not anti-P-Noy.” P-Noy's latest tirade against the High Court, made in an ambush interview and obviously unprocessed, came under withering fire from analysts, who felt his accusation was beneath the dignity of a President. Pwede na if a Palace underling had said it, but not the President; iba ang dating pa siya, said an analyst.

Few would probably sympathize with P-Noy’s remarks, as it has been obvious for a while now that his legal problems lie not with a biased SC, but with what Sen. Miriam Defensor Santiago calls his team of “legal pygmies” who keep presenting him with shoddy work that the high tribunal throws out. P-Noy should overhaul his staff, instead of whining "like a spoiled brat," as Star columnist Dick Pascual put it.


No similarities in EOs 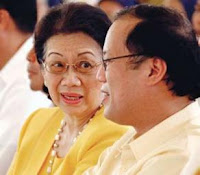 P-Noy cited the setting up of the PCGG by his mother President Cory as an example of a presidential creation of a commission, arguing that if it was okay for the PCGG then, it should be a-okay for his Truth Commission. But what he fails to grasp is that the similarity between Cory’s EO 1 and his EO 1 ends coincidentally with their names. For as Senate President Juan Ponce Enrile pointed out, Cory’s E0 1 that created the PCGG with Jovito Salonga as its first chief, was not simply an executive order, because she had legislative power at the time. “She was Congress at the time,” said JPE.
Cory was to formalize days later the creation by edict of a revolutionary government, but the EDSA Revolution had effectively shut down all the Marcos institutions.

If Cory was THE Congress IN 1986, neither was there a Supreme Court then.  Today President Noynoy has to contend with a Congress, some of whose members feel the Truth Commission should be legislated by them, and a pro-active SC that perhaps harbors some resentment toward the Executive (such as in the continuing brouhaha over the judicial budget that was slashed by the Palace).


The bigness of Cory Aquino
At this point let's go back in time for the benefit of the post-EDSA babies. Cory was sworn in as President late in the morning of Feb. 25, 1986 at Club Filipino by then jobless Senior Associate Justice Claudio Teehankee (whom she  appointed that April as the post-Edsa SC’s first Chief Justice). I was present at that historic occasion, as a sleepless reporter for the brand-new Inquirer then.  President Marcos, on the other hand, took his oath at the Palace balcony just an hour or so ahead of Cory, before his appointed---and also jobless--- Chief Justice Ramon Aquino (who made a name with his authoritative commentary on the Revised Penal Code which law students study until now).

It's a manifestation of the bigness of Cory Aquino that despite CJ Aquino's (no relation to Ninoy) swearing  in her bitter adversary, she later appointed his wife,  Carolina Griño Aquino, to the SC; to this day this retired lady jurist holds office in the SC, handling the continuing legal education program for judiciary personnel.


Coalition in the making 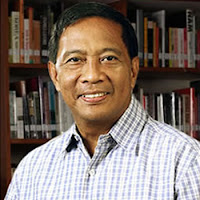 Earlier I wrote about the coalition being quietly worked out between Lakas-Christian Muslim Democrat elements closely identified with President Noynoy last May and the PDP-Laban chaired by Vice President Jejomar Binay. This is an interesting group to watch in the coming months, given VP Binay’s touted ambition to capture the Palace in 2016 (perhaps running with Kris Aquino, who had told media earlier that she plans to run for governor in the Aquinos’ home province of Tarlac in the 2013 mid-term elections).

The link of Lakas-CMD elements with P-Noy may stem from the identification of the late Ninoy Aquino with tenets of Christian Democracy in his evolution as a political figure. In his writings, Ninoy, who was a PDP-Laban adherent way before he became a Liberal, confessed that Christian Democracy had immensely shaped his thinking about his country's problems.
On the other hand, this group’s close links with P-Noy Aquino could attract EDSA elements who can’t quite identify with the exclusivist LP or the Gloria remnants in Lakas.


Sunshine after a long political winter
How LP leaders ambitioning as P-Noy's successor in 2016 would react to the growth of this loose coalition bears watching. For the moment the LP is enjoying the power it suddenly came into after its long political winter, with the election of Noynoy. LP stalwarts have a tight rein on the executive and the House, while in the Senate, the election of Sen. Juan Ponce Enrile was a compromise to prevent open, bitter war between LP stalwarts Kiko Pangilinan and Franklin Drilon (Kris threw her support to Kiko which upset Drilon’s applecart, necessitating the last minute retention of JPE as Senate Chief). But to political outsiders, the LP has since appeared to be jealous of its hold on power, shutting out many non-LPs as well as NGOs from any power-sharing (not to mention the much-publicized power-struggles within the administration). As evidence, pundits like to point to the stranglehold of power by the Abads.

Unless the LPs open up soon, they may wake up to realize that VP Binay has run away with the flock.

A good ally
I had commented about the rapprochement between P-Noy and VP Binay lately, after they were off to a bumpy start in their political relationship earlier.  After much hemming and hawing Binay, who had set his sights earlier on the DILG portfolio which P-Noy gave to Jesse Robredo, finally settled for Housing Czar and presidential adviser on OFWs; and lately, the Coconut Palace was thrown in as his official residence-cum-office, plus P200 million in extra OVP funds from Noynoy’s unavailed pork barrel in his three years at the Senate. Noy is really courting Binay's support and it’s easy to see why. Binay completely surprised the nation when he suddenly overtook Mar Roxas and demonstrated his talent for national organization last May. P-Noy obviously realizes that the Veep is a good ally, but a tough opponent---so rein him in.


Tricycle party no more
Since his election to VP, Binay has been building up his mass base, as demonstrated by the presence of many governors and mayors at the oath-taking of PDP-Laban members administered by party prexy Aquilino “Koko” Pimentel III early last month at Club Filipino. PDP is a tricycle party no more. Recently Binay was elected honorary chair of Pasang Masda, and he used the occasion to warn the hundreds of diesel jeepney operators that their existence has only a three-year timeline, as electric jeeps will have to come in to help solve the environmental pollution.

In addition, Binay made his debut on the international stage when the Centrist Asian Parties-Democrat International (formerly the Christian Democrat International), led by former Speaker Jose de Venecia, elected the VP as the CAP-DI vice-president at its huge Phnom Penh conference earlier this month. CAP-DI counts with over 89 political parties abroad.

• The Philippines is the second largest provider of seafarers in the world. Pinoy seamen number around 200,000 and help man practically every commercial vessel plying the seven seas, and annually remit to their homeland between $2 billion to $3 billion.

• What are the chances of a Palace motion for reconsideration of the SC’s ruling on EO 1, declaring the Truth Commission unconstitutional, as presidential legal adviser Edwin Lacierda contemplates on doing? Frankly, it’s super-slim, for the 1,600 page-SC decision is as thick as the new Oxford English Dictionary. Would the high magistrates be in the mood to revisit it in the post-holidays?  I doubt it.

• Her allies note that former President and now Pampanga 2nd District Rep. Gloria Macapagal Arroyo continues to build up her Lakas-Kampi bloc in the House. Recently she swore in three party-list members.


Do you have a comment?
Email Bel Cunanan at
polbits@yahoo.com
Posted by Veteran Journalist and Relentless Advocate of Truth at 10:23 PM