Neighbors with smaller populations beat us to Asian Games gold 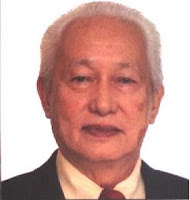 I was quite critical of Manila Mayor Fred Lim’s handling of the Luneta hostage-taking crisis, but recently I admired the firmness with which he dealt with the recalcitrant Kuliglig drivers. He knew it would be a big political cost to him, but Lim told the Kuliglig drivers in no uncertain terms that they are off-limits to the city’s main thoroughfares, and he saw to it that the police enforce his executive order.

The Luneta confrontation turned unpleasant but the message was driven home: off limits to the Kuligligs in the main streets. One or two drivers tried to return to Roxas Blvd., but they soon disappeared. Lim exercised political will.


Perils of pedicabs
Those motorized pedicabs cannot be allowed in the main thoroughfares of the city as they further clog already choked major vehicular arteries and present major traffic and environmental hazards. In our national highways, things are not much better: tricycles are allied to ply those highways, and  have caused many an accident especially at night and in bad weather, as they oftentimes don’t even have headlights.

These motorized vehicles are being accommodated in the side-streets and the highways because these present opportunities for their operators to earn a living; moreover, local politicians do not have the will to get them off main thoroughfares because these operators command votes. But our economic planners should aim for the ultimate phase-out of these pedicabs and tricycles and instead offer more meaningful economic opportunities for our citizens, alongside with training in skills.


Perks of a large population 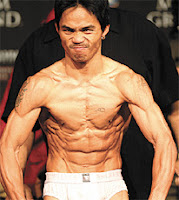 In the radio interview Cecile Alvarez and I had with Paranaque Rep. Roilo Golez on the Sunday that Manny Pacquiao beat the lights out of boxer Antonio Margarito, Golez, who was himself a champion boxer in his Annapolis days, opined that a Pacquiao could only be possible because we have a deep population bench (the pro-life Golez is one of the leading advocates in the House against the RH bill). The problem is, our deep population bench does not support our search for winners in other sports categories, often because politics, not qualification, is the determinant factor.

As my former Inquirer colleague, Al S. Mendoza, now a sports columnist for the Manila Standard Today, argued, in the recent Asian Games in Guangzhou, China, the Philippines with its over 90 million people only got a measly three gold medals and landed 19th among the 26 competing countries; whereas other countries with far smaller populations beat us to the golds.


Tourists disguised as athletes
Never mind host country China’s running away with 196 golds, as it has 1.2 billion people to choose its top athletes from. But Al Mendoza’s right: look at Malaysia with only 15 million people, yet it bagged 9 golds, Hongkong with perhaps two million garnering 8 golds and Singapore with six million people with four golds. As Al pointed out, the only Southeast Asian neighbor we beat was Vietnam, which got only one gold.

He noted that our golds came from boxing, bowling and billiards, but as he reasoned well, in the coming London Olympics in 2012 only boxing will be in the calendar. Thus, we are looking at another wallop in 2012---“finishing as cellar-dwellers if not rock-bottom,” as Al puts it.

A nation with over 90 million normally should assure the world that there is a wide bench of topnotch athletes to choose from or at least nurture over time. But we are not doing this?  After every major international sports event we go into breast-beating over what went wrong, and resolve to improve our sports development program, but our scores have not improved.  As Al Mendoza put it, our problem is that we have “tourists disguising themselves as athletes.”


Mammoth budget for CCT
In an earlier column I quoted Sen. Joker Arroyo as stressing that the gargantuan P21 billion budget of the Department of Social Welfare and Development for the conditional cash transfer (CCT) program, was adopted by the Aquino administration from its predecessor with P11 billion more funding.  Sen. Arroyo deplored, however, that this new P21 billion CCT is far bigger than the budgets of other line departments that are proven vehicles of growth.

He pointed out that the administrative cost of the CCT alone, which will involve the hiring of over 4,000 new employees of the DSWD, is P4 billion; but this P4 billion alone is bigger than the budgets of the Department of Tourism (P1.5 billion), of Trade (P2.5 billion) and even of  the Department of Public Works & Highways, the prime mover in the countryside.

Recently President Aquino was quoted as lamenting that only 61 percent of the population enjoys electricity, which means that 39 percent remains in the dark, so that this problem has to be addressed by the Department of Energy. But Energy’s budget for 2011 is only P1.4 billion---a pittance compared to the CCT budget of Dinky Soliman’s DSWD.


Payback time for allies?
The gargantuan CCT budget rammed through by Aquino allies in both chambers of Congress has come under fire from critics for a number of reasons. For one thing, as Rep. Gloria Macapagal Arroyo has stressed, the CCT budget has more than doubled even as planning and infrastructure are not yet in place. Critics are saying it’s pay-back time for administration friends, but a big loss to the country.

Why the rush to corner all of the P21 billion for the CCT, when the spadework and infrastructure are still incomplete? The CCT program could have first retained  the Arroyo administration’s P10 billion budget, and instead use the additional P11 billion to push a bigger budget for, say, better promotions for DOT, so it could bring in the 3.3 million target tourists, or more countryside projects of the DPWH, or laying out the DOE’s electricity in the 39 percent darkened regions.


More uses for the CCT
Or the P11 billion added to the CCT could put in more toilets for the very poor. Bagong Henerasyon Rep. Bernadette Herrera-Dy was recently quoted as stressing that 17 million Filipinos still do not have access to safe water, while 25 percent do not have “individual type of sanitation facilities.” In fact, she opined that “Every single day, probably 10 million citizens defecate in the open, with serious consequences to the health, dignity and human development.”

The irony is that the lack of adequate infrastructure and trained monitoring for the whopping P21 billion CCT seem to guarantee that it would just end up as local pork barrel or in the pocket of officials. Whereas, if the P11 billion new funds were channeled to more light, safe water, toilets and public works projects, these expenditures could be more adequately monitored;  and more importantly, they could generate jobs, which is the best and most meaningful way to lift people from poverty.


Do you have a comment?
Email Bel Cunanan at
polbits@yahoo.com
Posted by Veteran Journalist and Relentless Advocate of Truth at 2:39 PM