Cecile Alvarez and I had for some time now wanted to show our commiseration with the residents of the West Tower Condominium in Makati. Last Sunday, we gave them a chance to tell the whole nation
their story over our dzRH Sunday 8 pm. program, together with the condo owners’ feisty lady lawyer, Lorna Patajo Kapunan. It was one of the liveliest shows we’ve ever had.


The saga of West Tower

Some 100 families in the West Tower were forced last month to evacuate their homes after deadly fumes emanated from fuel leaks into the basement. They came from the gas pipelines used by the First Philippine Industrial Corporation (FPIC) to transport fuel for Shell, Chevron and smaller oil players from Batangas to Metro Manila since 1969, renewed 25 years later. We also wanted to commiserate with the 47,000 residents of Barangay Bangkal in that area, who, unlike the owners of the West Tower Condo, couldn’t move anywhere else because of their limited means, despite health hazards posed by the fuel leaks. 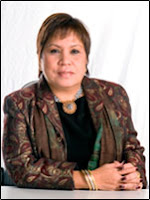 While we were arranging the show, Atty. Kapunan, who has filed a suit against the FPIC board and some “John and Richard Does”----a total of 49 respondents---for the damage to the West Tower families’ wellbeing and health and to the environment, said “you have to hear the story of the homeowners.” She brought Manny Chua Unsu, vice-president of the residents’ condominium association, and Volney Ricafort, whose daughter Rosanna used to live in that condo, until she was forced to evacuate her family to her father’s place.  “My infant grandson was the youngest of the West Tower refugees,” says Ricafort. “What future is there for their early return to their home?  I’m worried about my grandchild’s health.”


First signs of the deadly fumes
Unsu and Ricafort recounted how fumes were first detected in the condo parking lot last May; by July pure fuel had seeped into the condo’s basement, with over 800 barrels being scooped in dust pans over weeks.

But Unsu and Ricafort noted how the FPIC remained in denial in the ensuing months, pointing to various hypothesis, e.g., that the fumes came from a gas repair station nearby, or from fuel stock of the
homeowners, or even those left by the Japanese during the war! In fact, as Dr. Carlos Arcilla of the UP Geological Society noted in a recent article, the FPIC called in a foreign consultant firm which ruled out a gas leak (the moral of story, said Arcilla, is don’t rely too much on foreign consultants).


Corrosive FPIC pipelines
But by last month the FPIC finally admitted that the leaks in the FPIC’s pipelines came from corrosive holes the size of mongo grains. By then, some 203,400 liters of mixed fuels had been collected from the West Tower Condo. The homeowners were evacuated and various agencies of the national and local government as well as qualified local professional groups, such as Arcilla’s UP group moved into action to study and do something about the damage. The Senate environment committee under Sen. Miguel Zubiri called hearings.

The West Tower homeowners, however, are unhappy about the fact that repairs were mainly limited to coating the pipes with fresh cement, and that after the”repairs” fresh leaks of mixed fuels continued. The FPIC earlier had told the homeowners they could return to their units in three or four months, but that time frame has lapsed and relief is nowhere in sight. Some experts have calculated that the rehab work could take as much as 30 years. Where would this leave the families whose lives have been disrupted by the spillage?


Dangers to other areas from Batangas to Manila 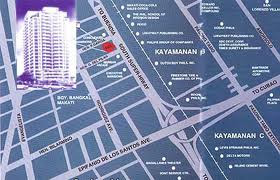 The logical move would be for the FPIC, which is owned 60% by the Lopez Group that also owns ABS-CBN, and 40 percent 40% by Shell UK,  to thoroughly inspect the entirety of the 117 km. pipeline from Batangas to Manila for possible leaks in other areas, especially since scientists
have warned about the dangers of possible explosions in fuels in compressed areas. Muntinglupa, through which 9 kms. of these pipelines pass, has recently began to join to agitation for thorough inspection.

But such action would entail huge expenses for the Lopez Group, not to mention the traffic jams in the metropolis and possible inconvenience of residents in affected areas. Plus all the talk about fuel scarcity owing to the disruption of the pipelines.  But there seems no other way.  The FPIC’s fuel pipeline to Manila has been delivering some eight million liters a day, for a net income of between P1.6 million to P2 million a day. It’s time that FPIC dip into its huge profits since 1969 to
maintain those pipelines in better condition. Anything less is criminal.

The Writ of Kalikasan
Last November 18 the SC issued its first “Writ of Kalikasan” containing three orders directed at the FPIC, in response to the class suit brought before the Court  by the West Tower residents. These were, for the FPIC to stop the pipeline operations altogether until further notice; to ensure the structural integrity of these pipelines, and to adopt measures to safety the welfare and health of those affected by the leakage.  It imposed a compliance report from FPIC of  60 days.

It is no secret that Chief Justice Renato Corona himself took a direct hand in its promulgation.


SC stand on environmental damage
The “Writ of Kalikasan,” accompanied by the “Temporary Environmental Protection Order” (or TEPO, which is equivalent to the TRO in ordinary jurisprudence), is the first-ever interpretation of the landmark “Rules of Procedure for Environmental Cases,” which was promulgated by former Chief Justice Reynato Puno in April this year, as he prepared to wind up his tenure at SC’s helm.

To quote the SC, the “Writ of Kalikasan” is a remedy available to “ a natural or juridical person, entity authorized by law, people’s organization, non-governmental organization” or other groups or persons “whose constitutional right to a balanced and healthful ecology is violated…involving environmental damage of such magnitude as to prejudice the life, health or property of inhabitants in two or more cities or provinces.”

To show how serious the SC is about damage or violations to the environment, the “Rules of Procedure” on which the “Writ” is based does not allow even a motion to dismiss the complaint, or a third-party complaint;”  and except for the SC, “no court can issue a TRO or writ of preliminary injunction against lawful actions of government agencies that enforce environmental laws or prevent violations thereof.”


Bold and brave move
The SC’s “Writ of Kalikasan” is a bold and brave move, given the fact that the Lopezes who own majority shares in FPIC are also the owners of the giant ABS-CBN network. In the words of an SC document, it is “judicial activism.”

But it’s also clear that the SC action is tailor-made for the court suit of the West Tower residents against the FPIC, for as lawyer Lorna Kapunan opined in our dzRH program, were it not for the SC’s Writ, she and the West Tower complainants would have had to file a suit in every municipality or city covered by the 117-km. FPIC pipeline!  Besides, who would pay attention to a couple of condominium home owners complaining against a utility company?

Now, with the SC Writ catching headlines and imposing a deadline on the accused firm, things should get moving. The nation is watching---“Bantay Kalikasan” in reverse.

Do you have a comment?
Email Bel Cunanan at
polbits@yahoo.com
Posted by Veteran Journalist and Relentless Advocate of Truth at 4:22 PM