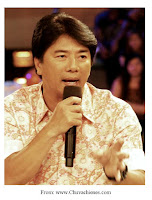 Like many other media people, I am appalled at the shock-and-awe treatment of former ABS-CBN TV host Willie Revillame by the giant network. I have never been a fan of Revillame as oftentimes in the past, I found his brand of low humor so degrading to women. Then the stampede occurred in Ultra some years ago, I lamented in my column in the Inquirer that he got away with only a slap on the wrist when he deserved to have been sacked for good, along with a couple of high officials of the network. But the ABS-CBN counter-suit against him now cannot be read as anything but harassment and the media collectively ought to denounce it.

Revillame slapped the network with an P11 million lawsuit to protest what he considers its unjust removal of him over a contract. Had the giant network counter-sued with, say, P20 million, it would have been credible and perhaps a fair legal battle. But to slap Revillame with a NEARLY HALF A BILLION peso-countersuit (and without paying the gigantic filing fee) can only mean, as his lawyers stressed in their press statement, that ABS-CBN is not serious about its lawsuit, and is out to just harass him. The network’s message seems to be that it’s God and how dare that little insect fight God. Its incredible arrogance in this unprecedented suit should send a chilling message to the media world that no one, but no one crosses ABS-CBN. But are there media practitioners protesting loudly? Where are the media organizations? 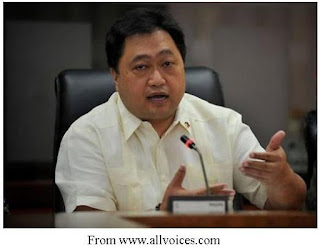 A US-based global public relations/communications firm was hired by the administration to handle the image-aspect of President’s seven-day official visit to the US , and the idea has run into controversy in the local media. Finance Secretary Cesar Purisima, who appears to be the brains behind this move to hire the PR firm, has said that it’s a “one-shot deal” and that the cost is not as astronomical as is being portrayed in the media now. Purisima quoted the amount of $15,000 as the price of the PR handling, which, he said, was very reasonable, and denied that it was P45 million as is being bruited about.


Purisima complained loudly that the Aquino government is floating a billion-dollars worth of global peso bonds and is in the process of doing a $3 billion bond exchange, and yet, all the local media could talk about is this $15,000 contract with the US PR firm. He said that the lead agencies in these floats, the Department of Finance and the Bangko Sentral ng Pilipinas, need to communicate to their stakeholders who are mostly outside the Philippines. Nakakapikon, said Purisima.

I chuckle over the controversy that the hiring of this PR firm has kicked up, for it proves that public controversies are indeed cyclical; to quote former President Estrada, “weather-weather lang.” I distinctly remember how the Arroyo administration was clobbered in the media by the then opposition, led by the Hyatt 10---now the administration in power, ---for the former’ s plan to get into a pricey contract with a PR and planning American outfit called, if my memory serves me right, “Venable.” The anti-GMA media rode on the sudden disclosure of the PR contract, and before it could be consummated it had to be scrapped. Now the shoe is in the other foot and the Aquino administration is defending its own PR contract.

But all administrations have this problem. Recall that during the US elections, candidate Barack Obama was so critical of the “Bush war” and promised to bring home US troops in Iraq and Afghanistan. A year and a half later he shipped out 30,000 more troops to Afghanistan and there’s no telling whether the surge would stop there.

The lesson for all presidential candidates the world over is, don’t be too quick to moralize on the campaign trail, for the situation inside the corridors of power can be so different from the outside. What you condemn now, you embrace tomorrow. 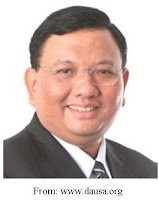 I found too defensive Energy Secretary Jose Rene Almendras’ posturing about the difficulty of trying to get attention for the Philippines and P-Noy in New York City where the UN anniversary drew the biggest leaders from all around the globe. Almendras was quoted as saying that the people handing P-Noy’s visit to New York and D.C. are “in competition with a lot of people. We’re not the only one coming here.” To be sure, it’s the toughest time of the year to be visiting the US , and Almendras could be worrying that P-Noy’s young fans might have thought that his visit with Henry Kissinger was no big deal (e.g., is he all they could get? A few days later P-Noy was able to meet with current US Secretary of State Hillary Clinton, but Obama remained an elusive target for him).

To the young people, Dr. K., the brilliant émigré from Germany and a Harvard summa cum laude, is doubtless a relic from the distant Nixon years. They might have learned in school that Nixon, who resigned in 1974 for fear of being impeached over Watergate, had appointed Dr. K. as his Secretary of State in 1973, and the latter was credited with the opening of diplomatic ties between the US and China. But young Pinoys may react to Dr. K. pretty much like many Americans did in the 2008 US presidential elections, when Republican candidate John McCain presented him as the guru of his short list of foreign policy advisers---they were unimpressed, largely because he seemed to be a voice from such a distant era.

Henry Kissinger's PR firm
To the young people the 87-year old Nobel Peace Prize winner (1973) may indeed be a relic of the past, but the New York-based international consulting firm that he founded in 1982 and still chairs, Kissinger and Associates, continues to be influential in world circles. One reason is the prestige of the people who had served in its staff, among them the financial whiz kid Timothy Geithner, Obama’s Secretary of the Treasury, who’s credited with helping ease the US somewhat out of a recent recession which could have been worse. Another reason is the prestige of the firm’s list of top multinational clients, which has leaked out from time to time in US Senate hearings despite the firm’s strict secrecy policy. Many of these clients are in Fortune’s top 100. 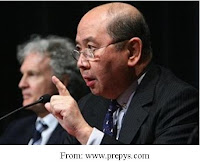 But speaking of the PR firm that the P-Noy government had hired for this September official visit to the US , perhaps there was little need for its services to arrange that call on Kissinger. The former Secretary of Foreign Affairs in the Ramos era, Roberto Romulo, might have fixed it for free for P-Noy. Recall that Romulo resigned two years ago as GMA’s adviser on global competitiveness after he accepted an appointment to represent the Philippines in Kissinger and Associates.


Do you have a comment?
Email Bel Cunanan at
polbits@yahoo.com
Posted by Veteran Journalist and Relentless Advocate of Truth at 6:29 AM