The Judicial & Bar Council submitted to the Supreme Court its list of six nominees to the post vacated by the appointment of Associate Justice Renato Corona as Chief Justice. Only six members of the JBC submitted the list as the replacement for the academic representative, UST Law Dean Amado Dimayuga, has not yet been named. In the grading of the nominees, Justice Jaafar Dimaampao of the Court of Appeals obtained six votes, while former UP College of Law Dean Raul Pangalangan obtained five votes; this means that Dimaampao, one of two Muslims among the six nominees (the other is perennial nominee Justice Abdulwahid) got the nod of all six JBC members, making him the strongest contender for the SC vacancy. 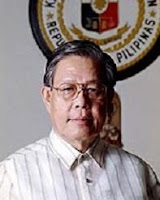 Legal circles are abuzz, however, with what’s considered as the too-fast rise of Dimaampao, whose forte is said to be taxation. He began as a prosecutor in Mandaluyong and soon after was named a judge there; but he did not stay long enough as he was appointed to the Court of Appeals. Observers will always find reasons for the fast movement of candidates in any field and one buzz in legal circles is that Dimaampao is married to the niece of former Chief Justice Hilario Davide, Jr. and that the latter has been taking care of his career all along. Davide, who was recently appointed chair of the newly created Truth Commission, obviously carries a lot of weight with the Aquino administration. One reason may be that he resigned his plum post as RP Permanent Representative to the UN in order to campaign for his son, Cebu Councilor Hilario Davide III, who ran as LP candidate against Cebu Gov. Gwen Garcia, and for Noynoy Aquino. The former CJ broadcast daily for his son and Aquino, and while his son lost, his appeals were said to have made a dent for Aquino.

Dimaampao’s allies admit that the jurist, who’s in his early ‘50s, would be quite young if appointed to the SC, but they also admit that he’s brilliant, accomplished and a good man. As a faculty member of the UST Law School, he has recently published two books on taxation and is working on his third book. 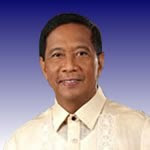 A month ago LP vice-presidential candidate Mar Roxas filed his protest before the Presidential Electoral Tribunal against the proclamation of his rival Jejomar Binay, as the vice presidential winner. Roxas, whose protest is being handled by lawyers of “The Firm,” said he will concentrate on seeking to open ballots first in his bailiwicks in the Visayas where the number of null votes was also the highest in the contest. Yesterday VP Binay predictably filed his counter-protest before the PET, through his able lawyer Sandy Coronel of the Yorac Arroyo law firm. The protest and counter-protest assure that this electoral contest will take a good several years to resolve. But more significantly, they indicate that all was not well with the recent automated elections, as the Comelec and its citizen arm, the PPCRV, have touted as soon as polls closed.

The PPCRV last Friday declared that its random manual audit (RMA) of 1,145 clustered precincts across the country produced a 99.6 percent accuracy, above the 1 percent margin of inaccuracy allowed by the Automation Election System (AES) Law. It was quoted as grandly asserting that none of the presidential, vice-presidential, congressional, gubernatorial and mayoral races audited in the selected precincts “failed the accuracy test of 99 percent.” This prompted Comelec Chair Jose Melo to declare how heartened he was by the findings and that the automated election system was “trustworthy.”

But IT expert Gus Lagman quickly pointed out that the RMA findings do not met the 99.99 percent accuracy rate mandated of the voting machines. But more importantly, he lamented that there was so much delay in the results of the RMA and that “that is itself a failure.” It will be recalled that the AES Law mandated that a team headed by the PPCRV should finish the RMA within hours of the closing of the polls in secretly selected precincts, so as to validate results delivered by the PCOS machines. But it took many weeks instead to finish the RMA and only 1,046 clustered precincts out of some 75,000 clustered precincts throughout the country. PPCRV gave a number of reasons for the delay of the RMA, such as logistic and procedural problems, and this is quite understandable. But this should not be basis for the over-generous declaration by the Comelec and the PPCRV that the May 10, elections were untainted by frauds. The long delay in the RMA gives rise to the logical public suspicion, especially in the light of the testimonies of so many affected politicians during the hearings of the House Committee on Suffrage and Electoral Reforms, that many machine-transmitted results could have been tampered.

Last week I wrote that among the findings of this House committee chaired by former Rep. TeddyBoy Locsin, was that the frauds appear to be “localized” and that on the whole the national elections were free of tampering. The protest of Roxas and counter-protest of Binay, which came after the submission to the House of the committee report, disprove this claim right away (logically these two candidates wouldn’t be ready to spend enormous sums of money if they thought they lost or won cleanly). But the most important conclusion and recommendation of that committee is that automation shouldn’t be resorted to in future elections unless the AES, either with the same PCOS provider or a better one, could be rid of its many loopholes.

The committee report also deplored the seeming permanent presence within the Comelec of accomplices in various cheatings over the years, despite the change in the top leadership. The report did not name names, but recently, Comelec executive-director Jose Tolentino and five other personnel were suspended over the issue of the grossly overpriced ballot secrecy folders. During the House hearings, it was also shown that Tolentino made some very crucial orders to Comelec personnel in the field that could have affected the integrity of the elections in various provinces -- without the authorization of Comelec en banc. I also read in the appendages to the Locsin report that this same Comelec official had been implicated in other controversies in past elections.

One wonders why situations like these have been tolerated in the poll body for so long; no doubt they have contributed to the systematic erosion of the Comelec’s credibility and the people’s faith in the elections.

Posted by Veteran Journalist and Relentless Advocate of Truth at 8:45 AM