Wanted: a face on the crisis management team

Star business columnist Boo Chanco, the younger brother of my late brilliant lawyer-friend and UP contemporary, Mian Chanco Sison, caught the true essence of what fundamentally went wrong with “Bloody Monday” in one phrase: “there was no face on top of the crisis management team.” Boo stressed from his many years of the management of crisis situations that “the first step is to assure the public that an experienced crisis management team is in control,” and usually it ought to be the “top honcho.” The public, he said, didn’t see this team that Monday---“it was invisible.” Boo stressed that if P-Noy couldn’t display what it takes to handle a hostage-taker of a bus loaded with tourists, he worries now that P-Noy “may have what it takes to handle an even larger crisis situation” such as the terrorist attacks in Bali some years back or a major natural catastrophe like Ondoy.
First, it should be noted that for Boo Chanco to put this sentiment in print, it must have taken a lot of rage in his heart. I recall during the campaign how passionately he was defending candidate Noynoy during an impromptu little debate we had at Rockwell Tent, stressing the latter’s honesty as the missing element in our leadership crisis under President Macapagal Arroyo. Boo is, after all, a ranking official of the Lopez empire that backed Noynoy to the hilt. But he’s only one of a number of fierce backers of the LP candidate in the media who now seem disillusioned with P-Noy. Interestingly, in a number of cases, many media people who were once virulently anti-GMA now seem to miss her. A friend couldn’t believe hearing a DZBB commentator assert after that fateful Monday morning that if it were GMA, she would have immediately convened the crisis team.
*  *  * 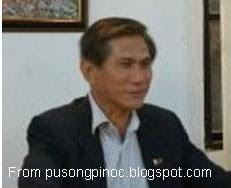 Chanco’s assertion of a crisis management team needing a “face” was one principle that GMA understood well. Through the various crises that her Palace official, Ricardo Saludo, listed in his Manila Times column recently, such as the Oakwood and Peninsula takeover and the 2007 bus hijacking of 32 day-care pupils, all of which involved no blood-shedding, there was always a face to the management. Executive Secretary Eduardo Ermita was a constant soothing presence on TV, whereas in various crises in the Middle East involving mass evacuations of OFWs, DFA point men such as Rafael Seguis and roving ambassador Roy Cimatu were highly visible, communicating regularly to Manila and assuring their families of their kins’ safety.
*  *  *
Media have taken a lot of blame for their blow-by-blow accounts that helped incense the hostage-taker to the point where he began shooting. Experts stress that in a crisis of potential violence, the moment when the first shot is fired usually spells the point of no return. This is why it’s so important to prevent that first shot through negotiations that ought to be prolonged with all kinds of pretexts and tactics. Unfortunately, so many factors pushed Rolando Mendoza to that point, the trigger factor being the handcuffing of his younger brother, which he witnessed fully over the bus TV set; after that it was downhill for the hostage-taker.
Columnist Saludo made a sensible advice to the media, especially to the TV and radio people: keep filming the developments but delay the broadcast or telecast until the crisis is over. Media should harken to this advice.
*  *  * 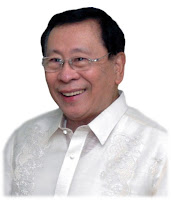 Black Monday and its aftermath consisted of blunder after unbelievable blunder. Informed sources note that many of the DFA’s personnel resent the implication that they didn’t know what they were doing when the plan to send Vice President Jejomar Binay and Foreign Secretary Alberto Romulo to Beijing and Hongkong, to help assuage the feelings of the Chinese, was conceived and pushed. Apparently the DFA had little to do with this idea of the high-level Pinoy visit, as it was the Palace group that thought it up. Unfortunately the announcement had already been made in advance by the Palace, whereupon the Chinese authorities thumbed down our VIPs’ visit, saying they prefer to wait for the investigation report. DFA sources say that visits of that nature normally are not announced until all the details are ironed out. But obviously the Palace was trying to score a PR move when the thing to do first was to do a back-channeling in Beijing and HK.
That seems to be the root of P-Noy’s troubles: he’s surrounded by neophytes who pay a premium on image-building, when what they need more is political savvy. There’s actually no one there who fills this bill. Above all, there’s no one who’s hands-on the way GMA was. Moreover, in their inexperience his officials tended to regard the hostage-taking as a local police problem when as it turned out, it had huge international repercussions that impact not only on our tourism but also our security and stability as a country.
*  *  *
In the light of the national outrage over Black Monday, opinions abound that some high-level heads must roll. It’s being recalled that during the hanging of Flor Contemplacion in Singapore, that almost brought down the government of Fidel Ramos, timed as it came with the rice crisis, the heads of Foreign Secretary Roberto Romulo and Labor Secretary Nieves Confesor, two very able Cabinet members, were sacrificed. Some opine that in the recent crisis DILG Secretary Jesse Robredo and Messaging Secretary Ricky Carandang may have to go, while Manila Mayor Fred Lim, the head of the local management team, ought to be suspended. Only such high-level sacrificial lambs can perhaps assuage the prevailing negative emotions.
*  *  *
My husband and three other former SSS officials have been attacked in the media and by some politicians over the issue of stock option shares offered by Philex Mining Corporation to its board members, including these SSS officials who were in its board at different times. Some politicians insist that these shares should have been returned to SSS as the rightful owner, but the four officials defended themselves by pointing out that they exercised the stock option offered by Philex by using their own personal funds and not the pension firm’s funds and that the stock option plan is non-transferable as provided for by the by-laws of the corporation. 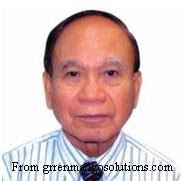 The accusations have hurt our family, but the kindness and concern of friends and relatives who rallied to my husband have been heartwarming. One of them was my brother, novelist and businessman Roger Olivares, who’s now Washington, D.C.---based, who reminded my family, especially our children, that public service brings such trials in its path. Roger’s words found echo in an email sent by our good friend Amador Astudillo, a retired official of the Asian Development Bank who crossed paths with us during my husband’s four-year stint as ambassador to Phnom Penh in the Ramos era. Amading offered the words of the late Philippine Supreme Court Associate Justice George Arthur Malcolm in the American colonial era, who served our High Court for 19 years, penning 3,340 opinions, many of which have a bearing on our jurisprudence until today. The greatest legacy of the Michigan-born Malcolm, however, was his being instrumental in the establishment of the UP College of Law, which, ironically, the UP Board of Regents at that time resisted. When the UP transferred to Diliman from Manila after the war, that law college was renamed Malcolm Hall. 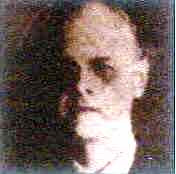 I want to repeat here Justice Malcolm’s words of wisdom, for all those in the bureaucracy who suffer unjustly from false accusations: “Men in public life may suffer from an unjust and hostile accusation, but the wound can be assuaged by the balm of a clear conscience.” How true.


Do you have a comment?
Email Bel Cunanan at
polbits@yahoo.com
Posted by Veteran Journalist and Relentless Advocate of Truth at 11:07 PM