Wanted: clear-cut policy on benefits of GOCCs and GFI execs

One of the most difficult periods in my life came in the past week. My husband was unceremoniously lumped with various other officials of government-owned and controlled corporations and government financial institutions as allegedly having taken advantage of their board seats in private corporations, where they represent the government institutions’equity investments, to enrich themselves. The Senate Committee on Finance, headed by Sen. Franklin Drilon, zeroed in at one time on four former executives of the SSS, including my husband, its former chair, and asserted that that they had availed of stock option shares offered by Philex Mining Corporation for themselves, when these shares properly belonged to the SSS and should have been returned.
*       *       *
The Senate committee’s threat of “malversation” against the government execs apparently stemmed from two erroneous assumptions:
l)     That the Philex stock option shares were FREEBIES to them.
2)    That they made a killing by re-selling them immediately when the price was at a high of P19.20.
As my husband stressed in a statement in the media, those stock option shares were not given to the SSS officials free or as bonuses. When they exercised these stock option, they paid for the shares from their own pockets, and absolutely no SSS funds were involved. There cannot be malversation of funds that were their own. Moreover, he stressed, Philex stock option rules provide that these stock shares are “non-transferrable” from the board members to any other entity, and therefore, couldn’t have been passed on to the SSS.
Although it’s really a side issue to the purchase of the shares with his own funds, Gen. Cunanan stressed that he did not make a killing because he was only able to sell 1/3 of the shares when prices were much lower and he decided to hold on to the other 2/3. As shares go, prices could go up or down, a risk investors always take. At the moment it’s P9.20 per share.
*       *       *
It’s difficult to see how the Senate committee could be mistaken about these facts as they are readily verifiable, but a number of media practitioners bought the fallacies and proceeded to attack the former SSS officials as thieves and robbers. In my family’s case, these unfounded attacks come at a most difficult time when we are seeking to nurse my husband’s health in his tough bout with cancer. His reputation is also being unjustly maligned as he brings to a close a long and outstanding career of 46 years in public service---first in the military, where he staunchly defended our democracy a number of times at great risk to his life, and since February 1995 in the civilian sector.

*       *       *
In this light, the recent unsolicited testimonial circulated via email and on the internet by Alfredo B. Parungao, Gen. Cunanan’s close associate first in Philippine National Oil Corporation (where Fred served as Executive Vice President) and then at SSS, about my husband’s “true professionalism” and his “adherence to the highest ethical standards and practices” was a huge comfort to us.

I remember well how my old boss at the Ateneo College of Law, the late Fr. Pacifico Ortiz, who had once served as the youthful chaplain of President Quezon, used to quote the saying, “No man is a hero to his own valet.” Fred Parungao was by no means Gen. Cunanan’s valet, as they dealt as equals and associates, being both accomplished in their own right. Fred himself is highly-regarded in finance, accountancy and business circles as well as in civic and professional organizations, being a top-notch accountant who either chairs or sits in the board of a number of big corporations and associations. Hence his testimonial to my husband’s integrity is so credible to the business community, and fabulous to my family.
*       *       * 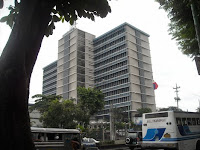 But more than just the integrity of my husband, the more important point I wish to stress here is that what’s missing in our midst is a firm and clear-cut policy regarding compensations, bonuses, allowances, stock options, etc. of government execs in private corporations. In the Cory years, there was a ruling about some kind of sharing of benefits between government and its representatives in sequestered corporations. In the Ramos era, before FVR signed the amended SSS Charter into law, he line-vetoed the proposed compensation for the SSS president/CEO and specified the amount of P100,000, which is followed up to now. But the SSS Charter makes no mention whatsoever of guidelines on stock options by private companies, which is one of the top issues in the current controversy on government execs’ benefits. 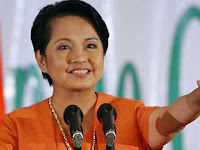 In 2001, President Macapagal Arroyo issued Memorandum Order 20, which ruled that no heads of GOCCs and GFIs are to receive compensation more than double that of Cabinet secretaries. But as borne out in testimonies at the recent Senate hearings, Memo 20 was just allowed to lie dormant reportedly because of threat of mass resignations from GOCC and GFI officials recruited from the private sector, who felt that there shouldn’t be such great disparity between their salaries in their former offices and in the government posts. After all, they doubtless argued, the GOCCs and GFIs are the giant pillars of our economy who manage many billions of pesos in assets and tremendous expertise is needed to run them.
*       *       *
As things stand today, there are no clear-cut and rational policy rules on compensations and benefits for government execs sitting in private corporations boards. I submit that a judicious sharing between the officials and their GOCCs or GFIs ought to be established, and it’s welcome news that the Palace and various legislators have signaled their intention to define this relationship more clearly. There’s a debate on whether to put a cap on earnings of government reps in private firms. Budget Secretary Florencio Abad was quoted recently as opining that this cap might produce negative effects, such as discouraging highly qualified private-sector execs from joining GOCCs and GFIs. He has a point.
The Senate hearings brought out abuses committed by certain government offices that are losing money, such as the cornering by their top executives of fat salaries, allowances and other perks paid out of taxpayers’ money. But this may be due not just to the prevailing culture of corruption in government, but also to the lack of clear-cut, sensible and well-defined policies governing these sticky issues. If the policies are clear and judicious, there’ll be less room for wayward interpretations.
*       *       *

Should it be a 70-30, 60-40 or 50-50 sharing of year-end private corporation bonuses to government reps? How much of a cap should be put on GOCCs’ and GFIs’ salaries and representation? In the case of members of the Social Security Commission, they draw no salaries but only per diems and allowances from the pension firm, as specifically provided for by its Charter. But the Commissioners derive per diems for board meetings in private corporations where they represent the SSS, and a year-end profit-sharing scheme provided in those corporations’ by-laws. How will these benefits be regulated, so as to leave little room for misgivings or malfeasance? How do the GFIs and GOCCs balance the demands of public service, including the moral aspect, and the stiff competition with the private sector in salaries and benefits to its officials? Let all these issues be brought out in the open and deliberated upon sans recriminations.
Meanwhile, absent these guidelines, it does not do any good to paint all GOCC and GFI executives as thieves and robbers, for the good name of innocent people is being ruined and maligned often without cause.

Posted by Veteran Journalist and Relentless Advocate of Truth at 10:28 PM