LP: from ‘taxi party’ to filling up the Araneta Coliseum floor

President Noynoy has disallowed use of his name, photo and other means of identification in various government projects. As he reasoned, it’s not he who’s paying for those projects but we the taxpayers. This is most commendable of P-Noy. In fact, there are those who want to push his idea farther by publicizing alongside the public works projects in each locality, not the name of the “politician-sponsor” but details that satisfy the public clamor for greater transparency, such as the total allocation cost, the actual project cost and the name of the contractor company.

But this idea of deleting the name of the “politician-sponsor”  and publicizing instead the project costs and contractor’s name is already running foul with a number of politicians at various levels. They’re objecting because they feel that the narcissistic exercise of plastering their names and photos on projects helps to ensure their reelection. Moreover, they argue that exposing their contractors’ names would make the latter targets for the NPAs’ taxation, but I suspect that the likelier reason is that the publicity would open the contractors to pesky queries about profit-sharing deals with the politicos.

One has only to drive around the country to see stadiums, amphitheaters and convention halls named after these politicians, as though they paid for those projects. Not even waiting sheds and basketball courts are spared. This is certainly true in Rizal province, where the Ynareses have ruled for so many terms now---every place bears the Ynares name. In Laguna it’s the same, as well as in many other parts of the country. 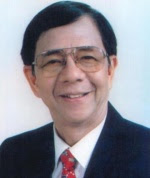 Cecile Alvarez and I had a chance to talk about the new 15th Congress with Deputy Speaker Raul Daza of Northern Samar the other Sunday evening in our regular 8 pm. dzRH program. Daza stressed that the mood of Congress is for tackling corruption and poverty with the view to alleviating the insurgency in the countryside. He said that Speaker Feliciano Belmonte wants a “more judicious use of resources” since government finances are quite scarce, which means less “frivolities” in pork barrel projects and greater transparency in the bidding process.  This should fall well within what P-Noy wants as mentioned above, if it can be implemented by a Congress that’s quite used to lavish pork and even more lavish windfall from public works projects.

In an earlier interview Cecile and I had with economist Dr. Bernardo Villegas, he pointed out that P400 billion is yearly lost to corruption: P200 billion lost in tax evasion and another P200 billion lost in government resources used unproductively. Following this reasoning, it’s obvious that both chambers of the 15th Congress have a huge role to play in marshalling scarce government resources more judiciously toward genuine alleviation of poverty and corruption; but would they cooperate with the new regime, or is it business as usual? P-noy, with his still sizable political capital, should try to be more persuasive in securing their cooperation with his reform programs. Maybe he might appeal to the composition of this new Congress.
Deputy Speaker Daza pointed out that of the 261 current members, there are about 109 first-termers as well as 41 “recycled” or returnees after the mandatory  one-term to sit it out. Perhaps many of these neophytes entered the institution with glowing idealism and could be persuaded to put more emphasis on genuine public service, rather than making their term a means to get rich quick through substandard public works projects and other malpractices in Congress.

Daza also noted that Speaker Belmonte has instituted a departure from the traditional leadership structure in the House. In the 9th Congress of the Cory years, he noted, there was only one deputy speaker, called the Speaker Protempore. In the 10th Congress, so many LDPs moved to the ruling Lakas-NUCD.  Moreover, to reflect the oneness of the country at a time when peace initiatives with the MNLF were being pushed,  Speaker Jose de Venecia created three deputy speakers representing the three major regions, namely, Hernando Perez for Luzon, Raul Daza for the Visayas and Simeon Datumanong for Mindanao.

In today’s Congress, Belmonte apparently wanted the House to reflect no longer the regional divisions, but the new political reality of an administration ushered into power by a large coalition of political groups, including a faction of the former ruling party. Thus, he created six deputy speakers from the following coalition: three from the LP, namely, Raul Daza, Erin Tanada of Quezon and Beng Climaco of Zamboanga City; one NP, Boying Remulla of Cavite; one NPC, former Speaker Noli Fuentebella of Sorsogon, and one from the Lakas faction that supported Noynoy Aquino, Pablo Garcia of Cebu. The House Majority Leader is Neptali Gonzales Jr. of Mandaluyong, who deserted Lakas in the middle of the campaign to join Noynoy’s LP, while the articulate Minority Leader is Edcel Lagman, who had vied with Belmonte for Speaker (29 members voted for Lagman). 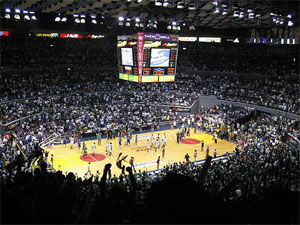 Rep. Daza and we had a good laugh over his recollection of how this columnist used to tease him that his LP in the old days of Lakas’ supremacy could fit into a taxi. Now it has grown so large with defections from Lakas that the LP can now fit into the center orchestra floor of the Araneta Coliseum! With his party having grown so large so fast, it should be a great help for P-Noy to get his pet bills passed quickly. But one problem I can foresee is how he would help fund the candidacies of these House allies come the midterm elections in 2013. Everyone will be trooping to him for the fat envelops, as they did with GMA. If P-Noy would be true to his campaign promise to be corruption-free, would his allies be content with a pat on the back come election time?

As the ruling party in the House, the LP has resolved to meet every Tuesday at 3 pm. Two Tuesdays ago it called a caucus to take up the lack of quorum (Daza pointed out that the LPs are always present in each session; so who are those habitually absent?). Last Tuesday it took up the barangay elections scheduled for this October, but the problem noted was that these elections will again take up so much money (estimated from P2billion to P3 billion) while the government claims to be broke (note the taxes, taxes everywhere, including the VAT intended to be slapped on the SLEX, which the Supreme Court recently TROed).  Several bills have been filed seeking to postpone these elections from one to two years, while others want them synchronized with the 2013 mid-term national and local elections. Also on deck is the proposal to increase salaries for local government officials, to which the League of Governors, headed by Mindoro Oriental Gov. Boy Umali is said to be amenable. All these caucus issues will involve money and more money.

Posted by Veteran Journalist and Relentless Advocate of Truth at 7:34 AM