There must be a more rational approach to the firing by a new administration of appointees of the preceding administration. It’s easy to see that some of those appointees indeed bear the markings  of “midnight appointments,” but some others certainly are not, as they were made way before the cut-off date for such appointments (which was March 9, 2010 for the Arroyo administration); moreover, some of them are clearly protected by tenure.  Sec. 15 of Article VII, the “Executive Department” of the Constitution, puts a deadline for outgoing administrations to make appointments, which is two months before the next presidential elections. But this provision has become so subject to manipulation, interpretation and hair-splitting by both outgoing and incoming administraations, that it ought to be reviewed perhaps by Congress, or challenged before the Supreme Court, so that rules can be made clearer.

Take the case of PCSO General Manager Rosario Uriarte who, under the law, was appointed some years back, not by President Macapagal Arroyo but by the PCSO Board for an indefinite tenure.  Under RA 2254, the PCSO GM has the right to sit in the Board as vice-chair with voting rights; in fact, when this aspect was  challenged by some people before, it was confirmed by Vicky Garchitorena, President Arroyo’s PMS Chief in earlier years.  Two weeks after P-Noy took office, however, his newly appointed Chair, Margie Juico, who had been a PCSO board member in the Cory, Ramos and part of the GMA era, confronted GM Uriarte in the board room. Accompanied by former Civil Service Commissioner Karina David and in front of the newly-appointed GM, Atty. Rojas, Juico demanded that Uriarte sign a prepared resignation letter, “or else you won’t be able to leave this room.”  Uriarte had no choice but to sign it, she related in sobs to her former colleagues afterwards. It was like 'High Noon' at PCSO. Having served in its board for so long, Juico could not but know that under the law, Uriarte could not be removed except for cause.

In fact, I learned that the services of all the old board members of PCSO were terminated on June 30, and they didn’t even have enough time to pack up their things. Juico assumed the post of Chair on July 3, but her new board members’ appointments only trickled in one by one.  Because of this set-up the PCSO couldn’t convene as a board for 22 whole days, effectively shutting down its charity work on which the poorest of the poor depend for medicines and hospital bills, etc. Appeals for help from PCSO beneficiaries flooded the cell phones of former members of the board, but they couldn’t do anything.

In his first SONA last July 26, one of the points President Aquino took up was to  exhort the local government units to streamline their business governance processes, to encourage more investments and create more jobs.  P-Noy may have to do more than encourage, judging from reports I hear about rampant extortion at the local level. He has to remind the LGU executives that his campaign battlecry, “Kung walang corrupt, walang mahirap” was not just sound bytes.  The following episode is an SOS to new Makati Mayor Jun-Jun Binay to do something about the petty corruption in his city. 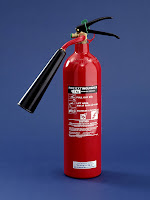 A friend of mine who operates a chain of retail establishments in Makati wrote the President in his Facebook on the graft and corruption in the Makati Bureau of Fire Protection and other offices in that city, but since he got no answer, he sent me this letter. He said it took eight months to get a fire clearance from the Makati BFP despite his company’s fulfilling all the requirements. At one stage his firm was given an order for payment, which was unusual if requirements are still lacking, only for the BFP to withhold it and asked him instead to cough up P5 thousand---or four times the cost of the fire clearance permit. His partner coaxed him to come across, fearing they could be harassed for more “requirements” if they fail to do so. The inspectors also demanded that his firm buy the fire extinguishers from them at a much higher price than outside, “to avoid any future hassles daw.”  In fact, one of his outfits was visited by a couple of BFP inspectors last June, who said the firm needed to refill those extinguishers asap.  But the admin officer stood his ground and told them that the extinguishers are not due for refill till August; thankfully the BFP backed off. 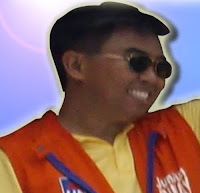 This executive noted that securing business permits from Makati City Hall is “another long and arduous process---very painful. More graft and corruption.” He had to cough up P40,000 in grease money just to move the papers of one of his outfits.  Another difficult office to deal with, he says, is Makati Commercial Estates Authority (MACEA) which is supposedly very powerful in the Makati business district. “They think they are gods in Makati,” he says, and can make it difficult for businesses to get permits, if they don't give their stamp of approval.  My executive-friend cited a small instance: an outfit in his chain wanted to replace the signage of a previous business that he had closed down, as the signage was on top of another business establishment. The MACEA refused to give him the permit because, said the guy, it’s not allowed under their regulations. My friend asked his admin assistant to take pictures of signages of various outfits in the business district so arranged and, “you guessed it, there are hundreds of them!” He managed to replace his signage in the middle of the night.

If this small entrepreneur operating a chain of retail outfits sounds terribly disgusted and ready to throw in the towel, he is. “Totally frustrating! Makati City is not investment friendly at all! How can we expect to attract foreign investors to the premier city, if the locals themselves are having difficulty wading through all the bureaucracy, graft and corruption permeating in City Hall?” he asked.  This is a job not only for President Aquino who promised, “Kung walang corruption, walang mahirap,” but also for new Mayor Jun-Jun Binay, to whom entrepreneurs like this guy are appealing to fix and clean up business processes, to encourage more entrepreneurship and investments, which spell jobs. I understand the same corruption plagues Quezon City and so many others in Greater Manila.

Posted by Veteran Journalist and Relentless Advocate of Truth at 12:24 PM