The other Sunday in our “paaralang bayan” at 8 pm. over dzRH, my radio partner Cecile Alvarez and I invited as guest the eminent Harvard-trained economist Dr. Bernardo Malvar Villegas, who sounded confident that President Aquino would call for a convention to amend the Constitution at some time. Villegas recalled that candidate Noynoy had opened up to this idea during the campaign, especially to amendments to the economic provisions which most everyone agrees need change. He cited that one area that could open up to foreign investments could be education, stressing that many distinguished educational institutions abroad maintain a partnership of some kind with counterparts in Asia---except in RP where not even 1 percent of foreign investment in this field is allowed. Last Sunday I cited some of those renowned institutions abroad. 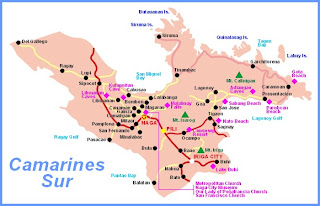 Dr. Villegas, who foresees an 8% growth this year following the 7.3% in the first quarter of 2010, also spoke about bright prospects for Filipino and foreign entrepreneurs in our country. Among these are the ascending business process outsourcing, setting up retirement villages for the elderly and immense prospects for tourism (especially for Latin-American tourists who have become quite prosperous now, and who feel an affinity with us because of our common Hispanic heritage). Villegas spoke about how the University of Asia and the Pacific, where he is professor emeritus in economics, has over the past ten years been nurturing local government participation in various industries. He cited the Camarines Sur (more popularly known as “CamSur”) area where two million local and foreign tourists visit yearly, and the municipality of Bani in Pangasinan, where Mayor Cel Navarro, a former PNP general, is engaged in environmental projects. Under his leadership Bani is cited as one of the best-managed LGUs.

We talked about how valued the Pinoy overseas worker has become despite the economic downturn in many countries. Dr. Villegas noted that in Dubai, which had to be bailed out massively by neighboring Abu Dhabi, foreign workers were sent home except the Pinoys who are prized for their efficiency. In Spain, he noted, despite the 20 percent unemployment rate, they haven’t dismissed their Pinoy help. In fact, during his two years’ stay in Barcelona where he was a visiting professor in its famed business school, IESE, Villegas found out that restaurants there hire only Pinoys for a major reason: aside from their being hard working and trust-worthy, they take a bath every day (sometimes even twice a day---BOC). 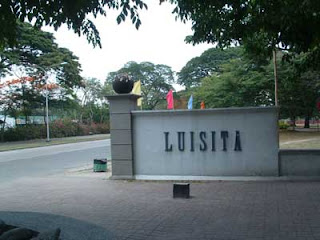 I was sacked by the Inquirer (no, I didn’t resign, as is being portrayed by that paper that I helped set up in 1985) because management felt I was “too partisan” against candidate Noynoy (never mind if some of its columnists were too partisan for him that they were embedded in his political organization!). But I felt that I was raising valid issues during the campaign that should enable our voters to make informed choices. Among the issues were various aspects of the controversial 6,400-hectare Hacienda Luisita, Inc. (HLI), belonging to the heirs of Don Jose Cojuangco Sr. Now all media are full of this issue, and I feel justified in having raised them, even if it unjustly cost me my job for 25 years. 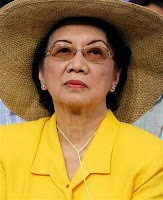 It’s an interesting footnote of history, as the GMA News.TV special report series by Stephanie Dychiu noted, that this most controversial of feudal estates in the country began as an issue before the Manila Regional Trial Court, Branch 43, on May 7, 1980. The Marcos government sought to have the Luisita lands distributed to the farmers at cost, ten years after the Cojuangcos were loaned the funds to buy those lands in 1957, as stipulated by their loan contract with the government. Buit despsite follow-ups over a long period there was zero land distribution in Luisita, so that by Dec. 2, 1985, the court formally ordered the surrender of the Hacienda to the Ministry of Agrarian Reform. But interestingly, the following day, Cory Aquino officially announced her candidacy against Marcos, with land reform as one of the pillars of her campaign. Asked in a Davao sortie if reform will also apply to her family’s Hacienda Luisita, she said, “My answer is yes.” But on July 22, 1987, almost half a year after being installed by the People Power at Edsa and just days before her revolutionary government was to be superseded by the new Congress set up with the new Constitution, President Aquino issued Executive Order 229, outlining her land reform program, that included a provision for the Stock Distribution Option (SDO) for their tenants. The following May 1988, the Court of Appeals dismissed the May 1980 case filed by the Marcos government against Hacienda Luisita. As writer Stephanie Dychiu put it, it was a most unique situation of the government filing the motion to dismiss its own case, on the argument that those lands were going to be distributed anyway through the new Comprehensive Agrarian Reform Law passed by Cory’s Congress.

After 25 years the Luisita issue is still facing a court, this time the Supreme Court, during the presidency of another Cojuangco heir, Benigno “Noynoy” Aquino III. On Wednesday, Aug. 18, 2010, the SC will hear arguments for and against the five-year old move of the Presidential Agrarian Reform Council (PARC). In November 2005 PARC cancelled the SDO offered by the Cojuangcos to their tenants and workers in 1988 and ordered a real distribution of nearly 5,000 hectares of available Hacienda lands. The PARC’s decision was recommended by a DAR task force after the bloody confrontation at Luisita’s gates in November 2004. DAR's move was thought to have had a direct bearing on the Cojuangcos’ decision to withdraw support from Gloria Macapagal Arroyo and clamor for her ouster in July 2005, together with the so-called Hyatt 10.

But the Cojuangcos were not about to take the PARC decision sitting down. In June 2006, they succeeded in getting a TRO against the PARC revocation from the Supreme Court. Interestingly, last week, just days before the SC case comes up, the Cojuangcos held a voting among their tenants and workers on what's termed a 'compromise agreement'--- whether they would like to remain under the SDO, whereby they get 33 percent in shares, or their piece of land now. Critics such as former Constitution Commission member Christian Monsod and the Church argue that either way the tenants and workers of Luisita are in a no-win situation. In the past, argued the critics, they never got their rightful share from the conversion to an industrial park and the access road to SCTEX. Now, they will get even less land.

Over half a century and several courts later, the Aquinos have come full circle on this feudal issue referred to as the “dark side” of their family. Let’s hope that President Noynoy will think of the Aquino Legacy and use his immense popularity and his role as leader of his clan to render justice to the folks who should have gotten their lands way back in 1967, as stipulated in his grandfather’s loan contract with government institutions in 1957. Then Sen. Noynoy abstained when Congress passed the CARP Extension and Revision (CARPER) Law in August 2009, which abolished the SDO and makes all land distribution compulsory within a five year period (until June 2014). Let’s hope and pray that this time P-Noy will be on the right side of history.

Posted by Veteran Journalist and Relentless Advocate of Truth at 7:40 PM